This niche fintech lender has one thing many IPOs and fintechs don't: profitability.

The current market environment has not been particularly kind to fintech lenders, a new crop of companies using technology to underwrite loans in new ways to consumers and small businesses.  Concerns about the flattening yield curve have impacted names like Lending Club, Elevate Credit, and On Deck Capital (ONDK), as well as most banks, for that matter. Despite many such companies actually putting up solid recent operating results, most public fintechs trade at quite low valuations of late.

That isn't stopping Oportun Financial (OPRT 6.74%) from making an initial public offering this week. Started in 2005 in San Carlos, California, Oportun is interesting in that it initially focused on "credit invisibles," or people who don't have a long credit history, and people with credit scores that are off due to uncommon credit events (according to Oportun). It also happens that many of these customers are in the Latino population, a very specific niche. Oportun then took its underwriting models to the broader U.S. over the past 14 years, expanding to 12 states currently, though 88% of its customers still reside in either California or Texas.

The company is really a fintech, though it also had 321 retail locations as of March 31, 2019, which act as customer service and payment outlets. Still, 100% of loan approvals are automated through machine-learning algorithms, as customer-support personnel don't have the discretion to make or reject loans. The average customer makes around $40,000 a year, is 42 years old, and has been at their job for an average of six years. Often times, customers have limited savings, and Oportun's loans are made to fund unexpected near-term cash needs.

It's likely that the company wanted to go public earlier than now, but the swoon in the fintech space starting in 2016 probably postponed an IPO. Fintech still remains quite out of favor, but perhaps Oportun's solid financial metrics can help it buck the trend. 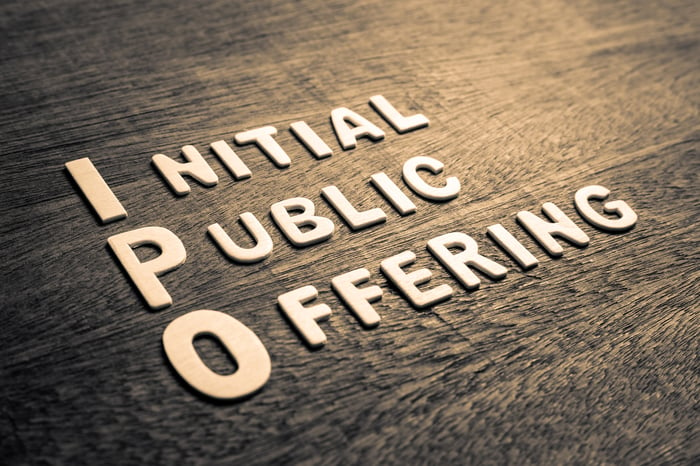 Oportun's client base could be considered "subprime," although the company claims its 13 years of data and advanced underwriting technology allow it to offer loans at much lower interest rates than competitors. As of March 31, 2019, Oportun's average loan size was $3,629, with an average duration of 31 months and an average annual percentage rate (APR) of 34.2%.

In particular, 84% of loans in 2018 were made to returning customers who had successfully repaid previous loans. Those customers typically qualify for larger loans at lower rates and their charge-offs are lower. New customers are typically charged a higher APR on a lower amount, and the average APR for new clients ranges between 20% and 67%. The charge-off rate for Oportun has been between 6.4% and 8.4% over the past 13 quarters and has ranged between 5.5% and 8.1% on an annual basis since 2009, with 2008 loans topping out at roughly a 9% loss rate.

Oportun's niche seems to straddle the customer base of, say, a prime and near-prime lender like Lending Club, whose APRs range from 6.5% to 31%, and a subprime lender such as Elevate Credit, which had an effective APR of 122% across its loan products last quarter.

Though these other two competitors are just now turning profitable, Oportun has been profitable (on an adjusted non-GAAP basis) for some time:

As you can see, Oportun's financials are quite volatile, but that's because it uses the Fair Value method of accounting for its loans as of Jan 1, 2018, which requires loans to constantly be revalued based on expected loan losses, interest rates, and other factors. Fortunately, the company also gave pro forma, or adjusted (non-GAAP), profitability measures to help show more of a "true" progression of the business:

Of the two tables above, investors should probably focus on adjusted revenue and adjusted operating margins, as the tax law caused significant fluctuations to net income in 2018, and the company also received a large tax benefit in 2016.

The company intends to sell 6.25 million shares, which includes the sale of 1.56 million from existing stakeholders at a price between $15-$17 to raise about $100 million, at a valuation of about $427 million. That prices the company at just about 7.9 times operating earnings and 10.8 times net income and just a 1.13 price-to-book ratio.

That seems like a fairly cheap valuation. Then again, the entire sector is trading extremely cheaply, as investors continue to doubt whether these fintech names will hold up through a recession.

It's not clear exactly what the proceeds will be used for, though Oportun is currently expanding its offerings into new loan products such as auto loans, a credit card, and OportunPath, a free service whereby Oportun will help customers with low bank-account balances avoid overdraft fees.

The market hates these stocks

Judging by the company's low valuation, Oportun is being grouped with other young fintech stocks that are using new data sources to underwrite loans that traditional banks may not want to touch. I happen to think these stocks are woefully undervalued and thus could make great long-term buys. However, if and when the market revalues these stocks remains to be seen, so Oportun should only be on the radar of investors with a large appetite for risk.