Investors could be skittish ahead of NIO's fourth earnings report as a public company, due Tuesday morning.

Shares of NIO (NIO -1.78%), a premium Chinese electric-vehicle manufacturer, and an intriguing Chinese stock, declined another 10.7% Monday. This added to its 56% year-to-date slide, as investor concerns about fierce competition and cash burn weigh on the company often referred to as the Tesla (TSLA -8.62%) of China.

NIO's near-11% decline Monday could be a sign that investors are skittish about the company's second-quarter earnings report, due out Tuesday, Sept. 24, before the market opens. Investor concern is warranted for the young automaker, which has seen weak sales, vehicle recalls, and sizable losses. In fact, as Bloomberg pointed out recently, Tesla needed roughly 15 years to tally $5 billion in losses, but NIO managed that feat in only four years. 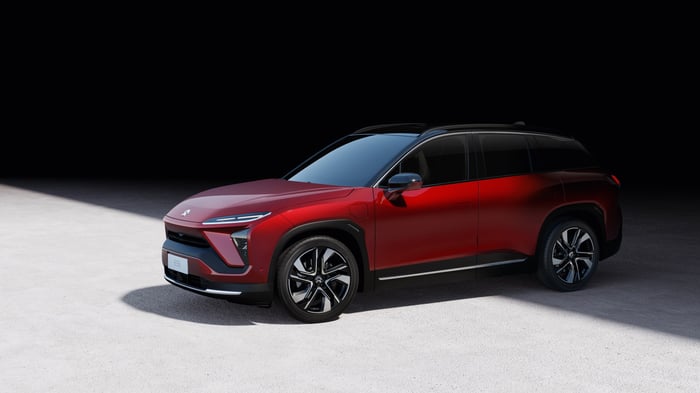 Making matters worse is that China's total sales of electric vehicles fell for the first time in July, and then again in August. Part of the sales decline is due to China's government lowering subsidies, in hopes that the EV industry would become strong enough and innovative enough to survive on its own accord. Reduced subsidies could be beneficial to NIO in the long term, as the company has proven innovative, but the reduction could hurt profitability and sales in the near term as the company tries to survive.

Pressure is clearly mounting on NIO and its investors: The company plans to shed roughly 14% of its workforce by the end of September, and it will soon be competing with Tesla as its China production begins later this year.

Investors can probably expect volatility tomorrow, when management releases its second-quarter result. But if the company can survive the near-term speed bumps, the possible need for more capital, and mounting losses, the electric-vehicle market in China should thrive in the coming decades. That will give NIO, and other top EV makers, a lucrative opportunity.