Facebook (NASDAQ:FB) had grand ambitions when it put together a secretive hardware division called Building 8 back in 2016. That actually might be an understatement. Some of the ideas were straight out of science fiction: Facebook dreamed of developing technology that could let people hear through their skin and type with their minds. Fast-forward three years, and all that has come out of Building 8 so far are underwhelming video calling devices that are potential privacy scandals waiting to explode.

Well, Facebook just made a step toward making one of those sci-fi notions into reality.

Today we're thrilled to share that Facebook has agreed to acquire CTRL-labs. Our team is excited to join @boztank and his group Facebook Reality Labs to empower people with non-invasive neural interfaces at scale. https://t.co/b5w8ks62Sj

Controlling your computer with your mind

"We spend a lot of time trying to get our technology to do what we want rather than enjoying the people around us," Boz wrote. "We know there are more natural, intuitive ways to interact with devices and technology." 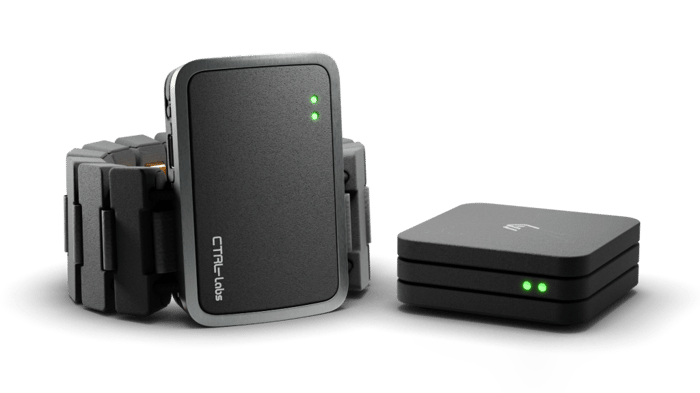 The start-up currently has a prototype of a wristband that is able to transmit signals between a human brain and a computer. "Here's how it'll work: You have neurons in your spinal cord that send electrical signals to your hand muscles telling them to move in specific ways such as to click a mouse or press a button," Boz explained. "The wristband will decode those signals and translate them into a digital signal your device can understand, empowering you with control over your digital life."

The price tag was estimated at $500 million to $1 billion, with a Facebook spokesperson vaguely telling CNBC that it was less than $1 billion. Facebook had acquired Oculus VR for $2 billion back in 2014.

With the acquisition, Facebook will be joining the race for neural interfaces, an idea popularized recently by Elon Musk's Neuralink. Over the summer, Musk and Neuralink unveiled a method of interfacing humans with computers using "threads" thinner than human hair that are surgically implanted into a brain. CTRL-labs' approach is far less invasive, as it does not require brain surgery.

I've talked to Mark about this. His understanding of the subject is limited.