Please ensure Javascript is enabled for purposes of website accessibility
Log In Help Join The Motley Fool
Free Article Join Over 1 Million Premium Members And Get More In-Depth Stock Guidance and Research
By Asit Sharma – Sep 26, 2019 at 10:20AM

Trade sales -- a smaller component of the company's retail operations -- are packing a punch in boosting the parts seller's overall top line.

Investors in car stocks often pore over the quarterly results of auto parts companies to get a read on the overall industry -- and to glean potential investment ideas. AutoZone (AZO 0.02%) is a perennial bellwether for industry health, and it's also been a pretty decent investment of late, as its stock has leaped 41% higher over the last 12 months. The auto parts retailer released fiscal fourth-quarter earnings on Sept. 24, revealing moderate comparable sales growth and continuity in a positive overall revenue trend. Below, as we walk through important details from the quarter, note that all comparative numbers refer to those of the prior-year quarter.

What happened with AutoZone this quarter? 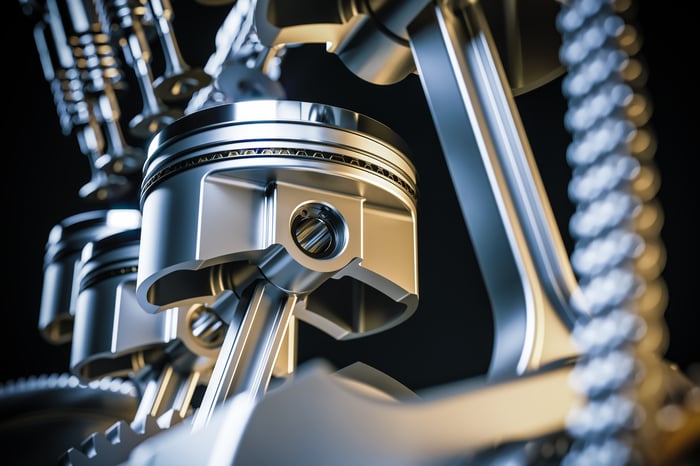 While we remain smaller than many of our peers in absolute sales volume, our growth rate has been very robust, growing more than three times the industry growth rate. This growth has come from a combination of many initiatives that have been in development for years, including inventory assortment improvements, hub and megahub expansions, the ever-strengthening reputation of the Duralast [private-label battery brand] across our professional customer base, technology enhancements, increased engagement of our very strong store operating teams, and tremendous efforts on the part of our entire selling organization to artfully and effectively convey our value proposition.

While AutoZone handed in relatively strong results this quarter, investors remain wary of the potential for import tariffs to eat into company profits. As I've recently discussed, management's strategy for absorbing the effect of duties on imported products involves passing on the differential to customers on a SKU-to-SKU (stock-keeping unit) basis.

During the earnings call, CEO Rhodes relayed that the retailer was beginning to see product cost inflation on its purchased inventory. Rhodes characterized the increases as manageable, and noted that AutoZone hasn't yet seen a material impact on its gross margin. Nonetheless, Rhodes reaffirmed the company's intention to protect its bottom line, stating that vis-a-vis tariff pressures, "our prices to our customers have and will continue to increase."