What if Walt Disney (NYSE:DIS) built its two biggest theme park lands ever and nobody came? That has been the hyperbolic reaction to the launch of Star Wars: Galaxy's Edge at Disney's Hollywood Studios in Florida and at Disneyland in California.

The opening of the two lands has not drawn the crowds the company saw when it added an Avatar-themed land to Florida's Animal Kingdom park in May 2017, nor has it attracted capacity crowds like Comcast's Universal Studios did when it launched its various Harry Potter lands. That may seem like a problem, but it's really a function of the fact that Disney opened the two lands before they were actually done while also taking steps to control crowds.

The first part made the second part unnecessary, as consumers who want to visit Galaxy's Edge will mostly wait until it's finished. 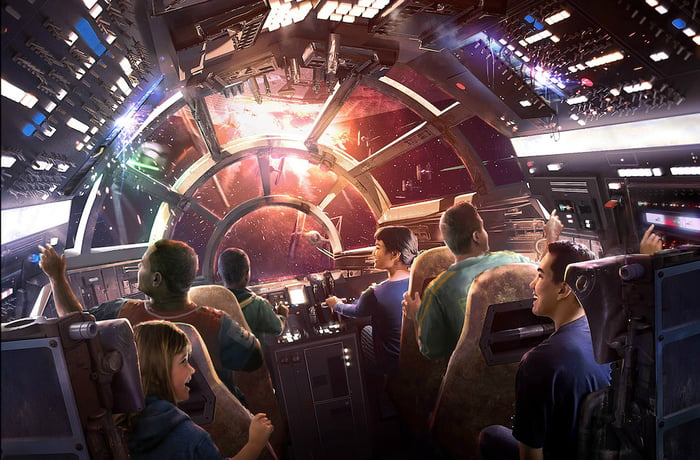 Disney has made a couple of short-term mistakes with Galaxy's Edge. A minor one is that the food in the land -- especially the signature Blue and Green Milk -- has not met with rave reviews. That's a mistake largely because rival Universal Studios has been well-reviewed for the food and drinks at The Wizarding World of Harry Potter star attractions. In fact, you could argue that it's worth visiting Wizarding World just to try Butter Beer, and Disney failing to make its Star Wars treats a similar draw is a mistake, albeit a correctable one.

The biggest thing holding back the two Galaxy's Edge lands is the fact that they opened with only one ride. Millennium Falcon: Smugglers Run looks like fun, and it gives fans a chance to take an active role on the iconic ship. It's only one ride, however, and it seems hard to justify the enormous cost of a Disney trip just for one ride, some mediocre food, and some very expensive stores.

Before the end of the year, however, Galaxy's Edge will add Star Wars: Rise of the Resistance, the land's premiere ride/attraction. That will happen around the time the latest Star Wars movie hits theaters, and that's when the crowds will come.

Disney has steadily raised ticket prices, making a trip to its theme parks a major investment of discretionary income for families. Single-day, one-park admission to one of the Disney World parks currently costs $109 (prices are higher during busier seasons). A four-day ticket -- really the minimum needed to fully experience Disney World -- would cost roughly $420 (again, prices vary based on the time of year).

That means a family of four would have to spend nearly $1,700 on admission alone for a four-day visit to Disney World. Add in hotels, airfare, food, and transportation, and you're talking somewhere between $3,000 and $5,000 depending upon where you're visiting from, where you choose to stay, and how you choose to eat.

When Disney finishes Star Wars: Galaxy's Edge, people will come. They might not overcrowd it in the way that fans packed the Harry Potter lands when they first opened, but those attractions were major steps up for theme parks overall, which the new Star Wars lands build on.

Disney, it should also be noted, is using pricing as a way to spread crowds out. The company does not want people to spend big bucks to come and have a bad experience. Galaxy's Edge may not be an immediate hit, but it will have a long life and eventually prove to be worth the investment for Disney.