When the industrial company's CFO delivered his remarks, they included one obvious piece of bad news for investors -- but some hopeful indications for those who looked deeper.

3M (MMM 2.46%) CFO Nick Gangestad's presentation at the Morgan Stanley Laguna conference this month contained a mix of positives and negatives. To give a superficial summary of it: It looks likely that 3M could cut full-year guidance again in its upcoming third-quarter earnings report. However, that quick takeaway shouldn't detract from the positive aspects.

Why 3M could cut guidance

During the second-quarter earnings call in July, Gangestad said he was expecting "flat to low single-digit organic [revenue] growth" in the third quarter. Now, however, he says he thinks it will be "closer to flat." 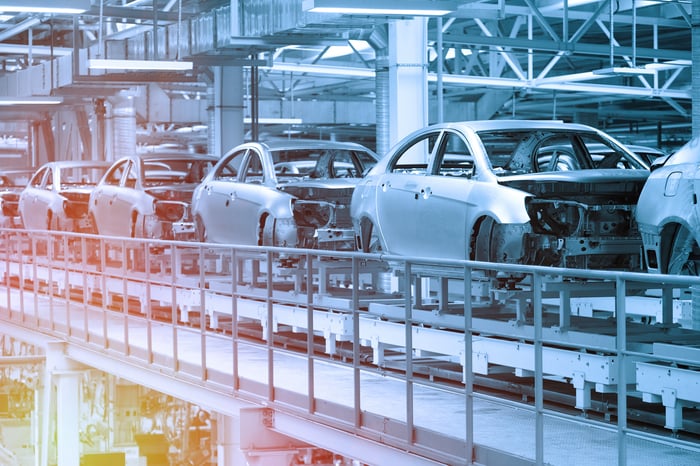 Clearly, this is a lowering of expectations. It doesn't necessarily mean that 3M will cut full-year guidance, but there's reason to believe that there will be pressure. For example, the current full-year organic growth guidance is for something in the range of negative 1% to positive 2%, but when questioned on it during the second-quarter earnings call, Gangestad said: "I mean the midpoint of that range is up 50 basis points, so flat to up 50 basis points to a 100 basis points, like, that's I think [a] very fair zone for where our most likely landing spot is."

In other words, 3M's basic assumption was that revenue growth would land close to the middle of the guidance range. Now, given that third-quarter growth looks more likely to come in at the low end, and that the continuation of unfavorable trends could lead to even worse results in the fourth quarter, it's not hard to conclude that 3M's full-year revenue growth guidance may have been optimistic.

In addition, Gangestad described the healthcare and consumer segments' outlook as "stable." That's fine, but 3M might need a bit more than that from its two segments with the least exposure to automotive and electronics, which are the company's problem industries this year.

Finally, the two segments that Gangestad said were most impacted by slowing market conditions, particularly in the automotive industry -- safety and industrial, and transportation and electronics -- are its two largest segments, and come with higher margins than the consumer segment. Investing in the automotive industry is always a cyclical affair, and unfortunately, this is a down year.

To sum it up, don't be surprised if 3M cuts its full-year guidance on the next earnings call.

That said, investing requires doing more than just keeping a narrow focus on a quarter or two's worth of earnings. In the broader context, 3M's CFO made a couple of interesting comments, and both related to the pricing and margin dynamics.

As discussed previously, 3M has had difficulty in the last couple of years with growing its volumes and prices at the same time. The ability to do that is actually quite important to its business model, because the company invests in order to create differentiated products that have pricing power.

However, Gangestad said that he expects pricing to be up 0.7% for the full year. That's not quite as good as the company's result on this metric in 2016 -- the last time its volume was falling in a slow industrial economy -- but it would still be a positive result. The second positive note comes from Gangestad's estimation that declining raw material prices would offset the increase in costs caused by tariffs. This is a reminder that industrial companies' margins should get some support from falling commodity prices.

Coupled with the earlier commentary on 3M's product pricing outlook for 2019, that suggests the company might be able to compensate for slow or declining revenue growth via margin improvements.

Putting all this together, the near-term outlook has grown worse, but there's little that any company can do about the economy at large. However, if a combination of better pricing, falling raw material costs, and cost reductions due to 3M's ongoing restructuring actions lead to a better long-term margin performance, then investors can look forward to better days ahead.