While more new Alexa devices will likely further fortify Amazon's competitive position in an important, fast-growing market, it's unclear exactly how this will affect the e-commerce giant's business over the long haul.

Here's a look at some of the new devices -- and how Amazon may be planning to monetize its growing presence in the smart voice-assistant space. 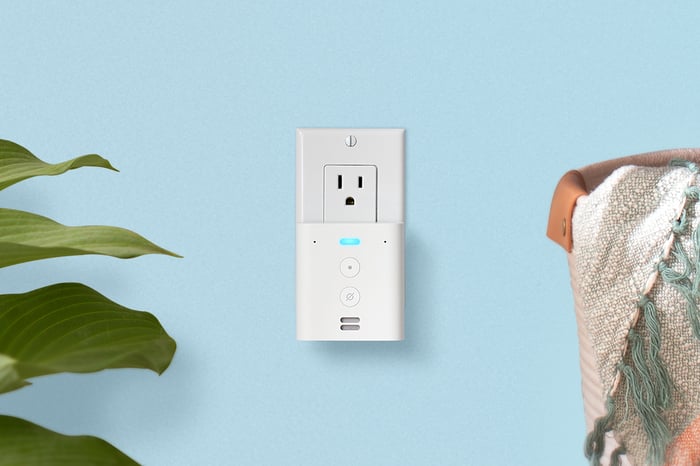 In what is becoming an annual Amazon hardware event, Amazon once again announced new Alexa-enabled devices in a late-September unveiling. Some of the most prominent new devices include:

In addition to these devices, Amazon introduced a new invitation-only program called Day 1 Editions, which allows customers to try more experimental products. The first devices to debut as part of this program are Alexa-enabled glasses called Echo Frames and a smart ring called Echo Loop.

It's about apps and the customer experience

There's no doubt that Amazon's Alexa devices are selling well. Millions of Alexa-enabled devices were sold during Amazon's 48-hour Prime Day event this summer. In fact, Amazon said it was the biggest event ever for Alexa devices with screens.

But some investors may be starting to wonder how exactly Amazon plans to monetize these devices over the long haul. Their aggressive pricing suggests margins on the hardware are thin, leaving little (if any) room for Amazon to make meaningful profits on Alexa devices.

One analyst has an interesting theory on management's plans for the segment: "We don't think Amazon intends to make significant money from hardware sales directly, but rather from increasing touchpoints to the overall ecosystem and app store-like models," said Macquarie Research's Ben Schachter (via CNBC).

Amazon apps for Alexa-enabled devices are called "skills." Though skills are likely immaterial to Amazon today, they could become more integral to the e-commerce company's business in the future as third-party developers find more ways to deliver experiences for customers. Amazon can make money from its skills by taking a share of subscriptions and transactions generated from skills made by third-party developers.

If this is Amazon's plan, the company isn't being vocal about it. For now, Amazon says the goal with Alexa-enabled devices is simply to improve the customer experience.

"Our focus is on building the best possible experience for our customers, and the rest will take care of itself," Amazon said in a statement to CNBC.

Unfortunately, it's not clear yet whether Amazon's Alexa-enabled devices will help Amazon grow its profits. But it certainly doesn't hurt that Amazon is improving the overall customer experience in the meantime by making it easier for customers to interact with the company through voice commands.