Shares of Slack (WORK) have jumped today, up by 9% as of 2:45 p.m. EDT, following a bullish article in Barron's. The article was published Friday evening and suggests the stock's recent weakness could be a buying opportunity.

Many freshly public tech companies have been lagging as investors appear to be increasingly wary of growth stocks that lack a clear path to profitability. Barron's argues that Slack could be getting unfairly grouped in. The article quotes bullish hedge fund managers and Wall Street analysts who point to strong engagement and a best-in-class collaboration platform, while downplaying competitive fears around Microsoft. 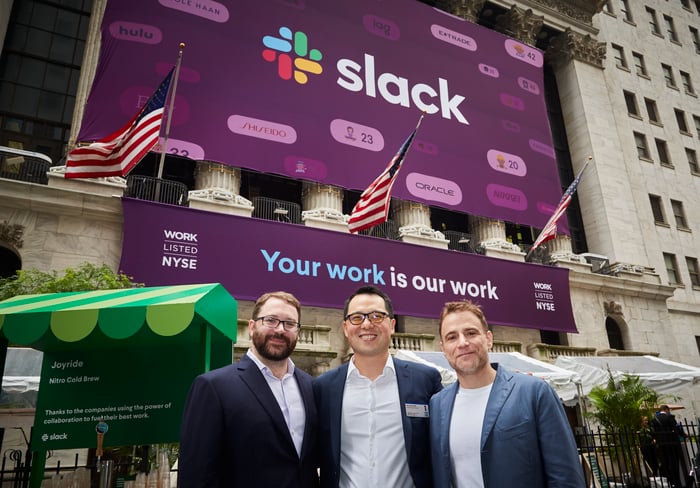 "Microsoft is a fairly limited product set in terms of functionality compared with Slack," William Blair analyst Bhavan Suri told the outlet. "The integrations are materially less." Suri initiated coverage on Slack over the summer with a buy rating.

With almost $800 million in cash on the balance sheet, Slack is also in a relatively stronger financial position than some of its peers. CEO Stewart Butterfield cited that sum as the primary reason the company chose to go public via a direct listing instead of a traditional IPO, saying Slack didn't need to raise capital and did not want to dilute existing shareholders.

Slack shares have steadily trended lower in the months since their public debut, with Friday's close down 43% from the first trade back in June, Barron's notes. The article suggests that selling activity could be from existing shareholders cashing out -- Butterfield has been actively selling -- and that the pressure "has likely already been exhausted."