Please ensure Javascript is enabled for purposes of website accessibility
Log In Help Join The Motley Fool
Free Article Join Over 1 Million Premium Members And Get More In-Depth Stock Guidance and Research
By Evan Niu, CFA - Updated Oct 3, 2019 at 9:02AM

The Mac maker's policy regarding default apps may be undermining competition.

Along with many other tech companies, Apple (AAPL -0.53%) has been under increased scrutiny over the past year regarding potentially anticompetitive behavior that undermines competition. Music-streaming rival Spotify filed another formal antitrust complaint with European regulators earlier this year; developers have sued the Cupertino company, alleging that Apple has a monopoly on app distribution; and iPhone users were cleared to sue Apple over antitrust concerns by the U.S. Supreme Court.

Beyond those bigger episodes, Apple has long leveraged a combination of minor ways to give itself an edge, and lawmakers are now examining one of them: default apps. 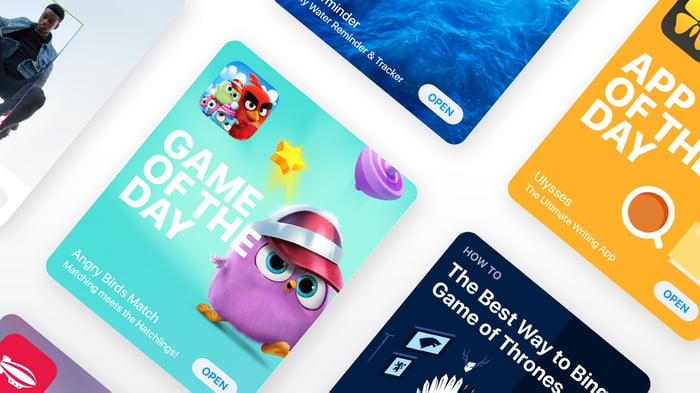 Bloomberg reports that lawmakers in the U.S. House of Representatives have requested additional documentation regarding default apps as part of a bipartisan investigation into competition in digital markets that launched in June. In a letter last month, the House Judiciary Committee said it is seeking "documents and executive communications" regarding a wide range of topics, including "Apple's policy regarding whether iPhone users can choose non-Apple apps as default apps."

Unlike the company's Mac platform, iOS does not allow users to change the default app for various functions like web browsing, music streaming, maps, or email, among others. It's not possible to change the default web browser to a competing app like Chrome or Firefox, for example. Some developers skirt the limitation by offering specific settings that direct users to third-party apps, but those settings only apply within that app instead of throughout the operating system.

Apple does allow users to change the default search engine within its Safari mobile browser. The company doesn't offer an internet search engine and reaps billions from Alphabet subsidiary Google for the privilege of occupying that cushy spot. In fact, that deal could even be the biggest factor driving services revenue growth, according to analyst estimates.

While iOS has never allowed users to set third-party apps as the default, the criticisms have only grown over the years as Apple continues to launch more and more first-party apps amid its broader push to grow its services business. In an effort to defend itself, the company even put up a webpage about its App Store "Principles and Practices" that highlights competing apps while ignoring all the subtle ways it undermines them.

In a response to Bloomberg, Apple said it would start to relax some of its restrictions, such as Siri integration. Soon, users will be able to ask Siri to play songs on Spotify; blocking that integration had been part of Spotify's initial complaint. Siri will also be able to send messages through Facebook's WhatsApp by default instead of iMessage, depending on the user's preferred messaging service.

That's a small concession that only barely addresses the concerns, though, particularly since Siri engagement is poor. Additionally, Apple was already working on that functionality, in part to address anticompetitive concerns. Will it be enough to satisfy regulators and legislators?