The Irish biotech Amarin (AMRN -1.75%) only has one drug, but it's a doozy. Vascepa is a purified form of fish oil extract, without DHA and other components. What is left behind is 1 gram of the omega-3 fatty acid EPA. It's this fishy fatty acid that does all the work in reducing a type of human fat known as triglycerides.

While everyone has heard of cholesterol, triglycerides are arguably just as important. Healthy people have a count of less than 150 milligrams per deciliter. Anything over 200 mg/dl is high -- and dangerous. In 2012, the FDA approved Vascepa as a drug that lowers your triglyceride count. But what's really exciting people is the Harvard study that was completed last year. 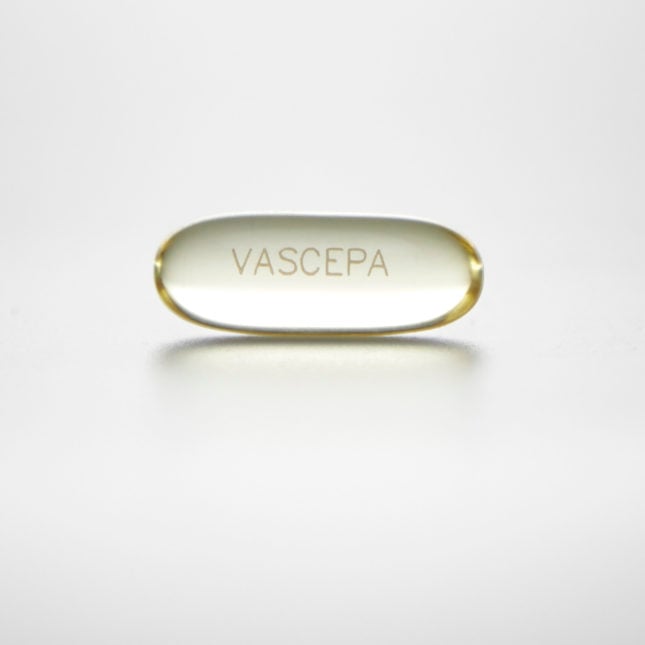 It was a massive five-year trial, involving 8,179 people with triglyceride levels from 150 to 499. The researchers' conclusion astounded a lot of people: "Among patients with elevated triglyceride levels despite the use of statins, the risk of ischemic events, including cardiovascular death, was significantly lower among those who received 2 grams of (Vascepa) twice daily than among those who received placebo."

To be specific, this means the people in the study who were taking Vascepa had a 25% reduction in the risk of heart attacks, strokes, and death. Amarin's drug reduced heart attacks by 31%, it reduced strokes by 28%, and it reduced cardiovascular death by 20%. As Dr. Deepak Bhatt, professor of medicine at Harvard University, put it, "This may be the biggest development in cardiovascular prevention since statins."

Heart disease is the No. 1 killer of human beings. It kills more people than all the cancers combined. To have a new drug that dramatically reduces the risk of heart attacks, strokes, and deaths is wonderful, but also rather shocking. And for this drug to be modified from fish oil? For a lot of people, it's mind-boggling.

The New York Times found a lot of doctors who were shocked at this study. "I'm very surprised by the magnitude of the results, which quite frankly are large," said Dr. Michael J. Blaha of Johns Hopkins. And Dr. Ethan Weiss, a cardiologist at the University of California, San Francisco, said, "This is really big, and I was wrong. And I am happy I was wrong, and I'm excited we have a new pathway and set of tools to explore for our patients."

How big is this market?

Medical science has always focused on lowering cholesterol to prevent heart disease. The drugs that do this are called statins. It's a $19 billion market. But what if your triglyceride count is just as important as your cholesterol count? One-third of adults in the United States have high triglycerides. That's approximately 70 million people. The market for lowering your cholesterol sits at $69 billion. It's possible this drug is at least a $10 billion market opportunity for Amarin.

The other competitive therapy is fish oil, which has never worked for anybody. The DHA in fish oil actually has some negative effects. The generic form of fish oil (trademarked Lovaza) carries an FDA warning that it might cause atrial fibrillation (heart flutter).

Amarin's stock price quadrupled after the study was announced. That sharp increase underestimates how big this news is. Vescepa has already been approved by the FDA as a safe and effective way to reduce your triglycerides. What the Harvard study shows is just how important it is to do just that. The implication from the numbers is that a high triglyceride count can itself result in heart attacks, strokes, and deaths.

Some skeptics are suggesting that it's the placebo that killed those people. The placebo -- a mineral oil that was approved by the FDA in the trial design -- has never been linked to heart attacks, strokes, or deaths in the past. What's far more likely is that people criticizing the Harvard study are having trouble wrapping their heads around a new understanding of heart disease.

Your triglyceride count is important, perhaps as important as your cholesterol numbers. Whether the FDA will allow Amarin to expand its label and acknowledge this truth is an open question. Clearly this company and its wonder drug have ruffled a lot of feathers. Investors in the healthcare space will need to consider their appetite for risk before moving Amarin into a portfolio.