Industrial lighting and controls manufacturer Acuity Brands (NYSE:AYI) reported results from its fiscal 2019 fourth quarter on Wednesday morning, and shareholders promptly registered their disappointment at mixed results: Shares traded down as much as 12% at midday. Below, we'll review the last three months and uncover the rationale for investor disappointment with Acuity's latest batch of financial statements.

A snapshot of the fourth quarter

The organization's 11.6% sales decrease was due to a 16% drop in volume, marginally offset by roughly 5% in improved product mix and pricing. Followers of Acuity will remember that the company warned last quarter that it expected sales "to be down modestly" against the fiscal fourth quarter of 2018. This expectation was due to strong sales in the prior-year period, as a significant new retail customer stocked stores with Acuity's products, setting up a difficult current-year comparison.

Yet the organization also warned that improvements to its margin profile would additionally impact sales in the fourth quarter. Acuity is knee-deep in a near-term exercise of culling lower-return products from its inventory in favor of more profitable lineups.

So, while investors were forewarned, the quarter's double-digit sales decrease turned out to be more than a "modest" top-line dip, and this clearly contributed to selling in off shares on Wednesday. On the other hand, the company did follow through in realizing benefits of product rationalization. Gross margin jumped by 330 basis points to 42.1%. Further, management had projected that adjusted operating margin would outpace both the comparable quarter's adjusted margin and the sequential (third-quarter 2019) margin result. Indeed, adjusted operating margin of 15.6% exceeded both the fourth quarter of fiscal 2018 (14.7% adjusted operating margin) and fiscal Q3 2019 (12.7%). 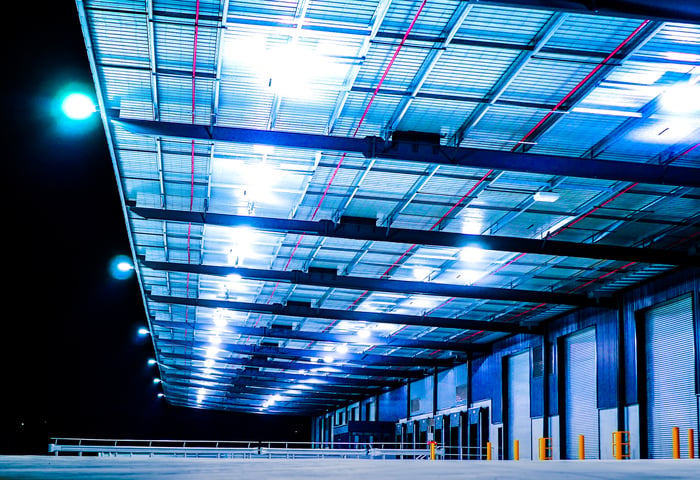 Looking ahead to the new fiscal year

We remain cautious about overall market conditions within the lighting industry for fiscal 2020 primarily due to continued economic uncertainties caused by global trade issues, including tariffs. We expect market demand for lighting products to remain sluggish until there is more clarity regarding these global trade issues. Nonetheless, our focus for fiscal 2020 will be to drive top-line growth through market share gains and enhance margins, while implementing appropriate cost containment measures as necessitated by market demand.

In further comments, Nagel provided a rather weak sales outlook for the first quarter of 2020, stating that the company's top line could decrease by mid-to-high single digits. The CEO attributed this expectation to a pull-forward of orders in the first quarter of 2019 as customers sought to get ahead of Acuity's announced price increases, which resulted in a robust 11% year-over-year revenue gain that quarter. The company anticipates a slight offset to the projected decline via sales contributed from its acquisition of niche-lighting specialist The Luminaires Group in September 2019.

Though Acuity's sales curve has flattened, margin improvements are slowly making a measurable impact: Operating cash flow of $495 million in fiscal 2019 represented a leap of roughly 40% over the prior year's cash generation. While investors appear frustrated with the lack of top-line progress -- shares are now down 2% year to date -- improved profitability and cash flow illustrate the benefit of management's embrace of "smart building" platforms, and high-end controls and lighting systems aimed at the commercial market. Such solutions-based lines clearly have longer-term potential versus sales of commodity components.

It's possible that sales stabilization at some point in fiscal 2020 will lead to earnings acceleration. For now, shares of this industrial leader trade at just 11 times forward earnings. Acuity is verging on value territory, and is worth monitoring for a future purchase should the stock become too cheap to ignore.