Square (NYSE:SQ) has been a phenomenal growth stock, with the financial services company's share price skyrocketing 375% over the past five years. But investors were unhappy with Square's second-quarter results this year, mainly because the company's management set revenue and earnings forecasts for the third quarter that were lower than Wall Street's expectations.

But long-term investors should remember that selling a stock based on a company not setting forecasts as high as what analysts want isn't a great way to make investment decisions. And some temporary investor skepticism certainly doesn't mean the company is finished growing.

If you're wondering whether Square still has the potential to continue growing sales and earnings over the next five years, here are a few reasons to be optimistic. 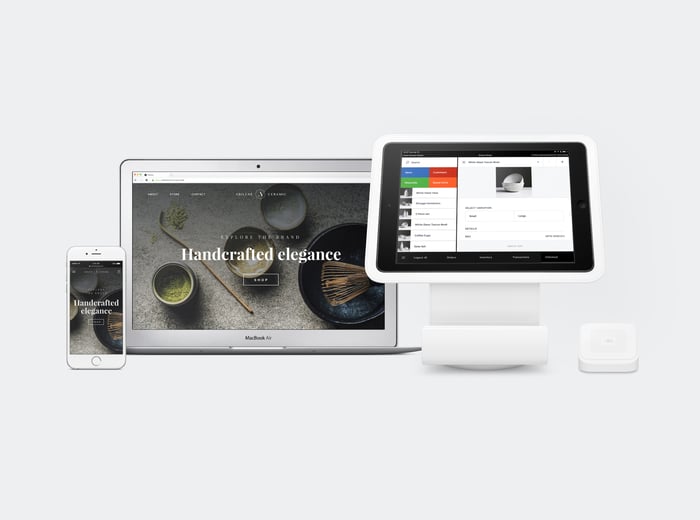 Square's gross payment volume is on the right track

Square's gross payment volume (GPV), which is the total dollar amount spent through the company's payment processing platform, grew by an impressive 25% year over year to $26.8 billion in the second quarter.

The company's recent GPV growth is part of a larger positive trend for Square's GPV growth, which grew 30% year over year for full-year 2018.

Some investors have been disappointed with the company's GPV because the segment has missed Wall Street's estimates for the past few quarters. But those investors might be missing out on the fact that, aside from strong double-digit GPV growth, the company is also increasing the amount it's making from larger and more lucrative sellers.

In the second quarter, Square said that payments from larger sellers grew 34% and accounted for 54% of GPV, up from 50% in the year-ago quarter. Adding larger merchants gives Square more opportunities to cross-sell products and services than it has with smaller merchants.

Square's growth has been nothing short of impressive, and investors have a handful of reasons to remain optimistic about the company's future over the next five years.

Second, Square is considering expanding its lending business and recently applied for a license to allow it to provide loans directly to businesses, without the need for a third-party lender. If approved, Square would be able to lend money more easily and have a more direct relationship with its borrowers, all of which would give the company a complete financial ecosystem.

And last but not least is the company's growing revenue opportunity from its Square Cash app. Square Cash allows users to easily pay each other, and businesses, through their smartphones. The Square Cash app now has 15 million active users and has been the No. 1 free finance app in the Apple App Store for two years running.

Excluding bitcoin, the Square Cash app brought in $135 million in revenue in the second quarter and has an annual revenue run rate of $540 million. The app is important to Square because peer-to-peer (P2P) payments in the U.S. are quickly growing, and by the end of 2022, more than half of smartphone users (52%) will have made at least one P2P transaction in the past month, up from just 28% in 2017.

All of the above opportunities, along with Square's GPV trajectory, should help the company continue to grow over the next five years and tap further into the $306 billion (by 2023) global financial tech market.