Please ensure Javascript is enabled for purposes of website accessibility
Log In Help Join The Motley Fool
Free Article Join Over 1 Million Premium Members And Get More In-Depth Stock Guidance and Research
By Asit Sharma - Oct 3, 2019 at 11:57AM

The company's executives recently discussed the impact of long-term trends in vehicle ownership on the salvage auction business.

Among automobile industry investments, shares of online vehicle auction behemoth Copart (CPRT 0.08%) are notable for having soared nearly 400% over the last five years as the company has expanded globally and improved its auction platform to attract a wider range of sellers and bidders for salvage and used vehicles. In this midst of this success, now seems an opportune time to assess new risks that might impair the company's business model over the next several years.

During Copart's fiscal fourth-quarter earnings conference call last month, an analyst asked for management's perspective on the rise of car-sharing, and the potential for a reduction in individual vehicle ownership as car fleets tied to ride-hailing businesses grow more prevalent. The question addressed the risk that declining car ownership could translate to fewer vehicles available for auction.

CEO Jay Adair offered the insight that automobile ownership doesn't rest on practical considerations alone. Adair pointed out that at least in America, car owners choose vehicles for reasons extending past utility. We buy cars even where mass transportation is readily available. Many purchasers opt for new vehicles replete with the latest technology when a used, utilitarian car might do. Adair also cited brand attachment as a purchase factor: "[T]here is nothing practical about buying a Mercedes-Benz or a BMW or any luxury car. It's a personal choice."

Adair's point is that the appearance of ride-hailing services may increase, rather than decrease, the number of vehicles on the road. I find this reasoning persuasive. Classical economic theory assumes that consumers nearly always make rational choices that benefit their finances over the long term. Yet as Adair argues, consumption is often personal, and non-exclusive. You can be an avid user of Uber and still overspend on a luxury vehicle. Those who predict that we'll ditch personal car ownership once car-sharing options are ubiquitous may be overrelying on textbook interpretations of supply and demand. 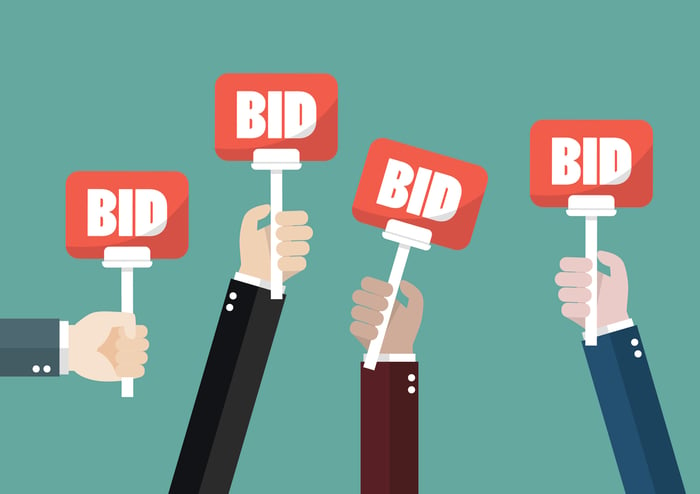 Adair also posited that the rising proportion of technology in cars will make them much more difficult to repair in roughly 10 years, increasing the likelihood that a damaged vehicle will be written off as a total loss. This should actually benefit Copart's business model, which gleans the lion's share of its revenue from the auctioning of salvage vehicles.

CFO Jeff Liaw in turn provided his perspective on the potential risks of car-sharing to Copart's business. Liaw relayed that the company seeks to understand how car-sharing will affect vehicle miles traveled, the frequency of accidents, and total loss frequency in the industry. On the first two effects, Liaw stated the following:

Ride-sharing I think for miles traveled almost certainly will drive up the number of miles on the road today. I've seen consulting studies that indicate that every mile of self-driving is replaced by 2.8 miles of ride-sharing miles -- [that] may be bullish, but the point is that almost certainly we have reduced the friction for driving. It's easier now to drive after a couple of drinks, easier for younger or older people to get in the car as well. Vehicle miles will rise. Accident frequency, I think all else equal, I think it's likely neutral. I don't think that Uber and [Lyft] drivers are systematically superior drivers than the rest of us, you may be more bullish on that front than I am.

On the third effect, Liaw believes that loss frequency, which he describes as a long-term tailwind in the auction industry, will continue to remain at roughly 5%, having increased from 4% over the last several decades. The implication is that as long as 5% of vehicles on the road suffer a total loss annually in the foreseeable future, Copart's core damaged and salvaged vehicle market will remain robust. A greater proportion of shared vehicles and even an increase in autonomous fleets may not change this percentage appreciably.

Ultimately, Copart sees enormous market share that can still be captured over the next few decades, and doesn't appear threatened at this juncture by disruptive evolution in the automobile industry. Management acknowledges the coming sea change in vehicle utility, but believes Copart's basic economic model of selling trashed vehicles globally via online auction will emerge unscathed.

Copart Is a Totally Different Kind of Car Stock

Why CarMax, Copart, and Carvana Stocks Are Soaring Tuesday