If Lennar (NYSE:LEN), one of the largest U.S. homebuilders, is a barometer for the health of the domestic housing market, then new housing demand may indeed be picking up.

A challenged market saw a reprieve in August when new housing starts hit a 12-month high, and home resales also notched their best performance in 17 months. Lennar's fiscal third-quarter 2019 earnings, released on Wednesday, seem to support indications of heightened construction activity. As we review the company's robust quarter below, note that all comparative numbers are presented against those of the prior-year quarter.

Here are the important details from the last three months: 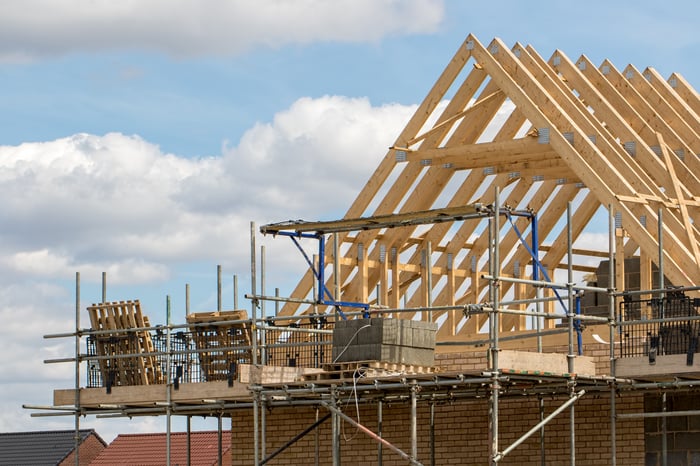 Lennar has improved its operating margin over the last three years from roughly 8.5% to 10.5%. While many initiatives inform the improved profitability, one of the keys to continued margin expansion is the company's project to become "land lighter."

Management believes it can achieve higher internal rates of return to the extent that it can avoid purchasing homesites, and focus on its core competency of building homes and selling new inventory. In the company's press release, CEO Rick Beckwitt discussed this strategy and provided shareholders with updated statistics:

We've clearly focused our attention on becoming a land-lighter company. Regarding our forward-looking 40% goal of controlled homesites (versus owned), during the quarter, we made great progress by increasing our controlled homesites from 25% to 30%. We expect to continue making significant progress on this goal by entering into deals with regional and national land platforms. During the quarter, we also made progress on reducing our years-owned supply of homesites from 4.5 to 4.4 years and continue to target a goal of 3.0 years. As we reach these goals, it will enable us to generate significant cash flow by reducing our land spend, driving meaningfully greater returns over time.

Lennar's stock has emphatically outperformed both the market and peer construction companies, soaring 50% year to date. Surprisingly, the company is still something of a value play, as shares trade at just 11 times forward earnings. Investors are notoriously wary of the fickle home construction market, and the macroeconomic backdrop continues to be pervaded by uncertainty due to trade tensions and slowing U.S. gross domestic product. For investors with a fair amount of risk appetite, Lennar is worth following into the new year; once the larger economic picture is clearer, a position in these shares may make sense.