Tesla fell after reporting production and delivery numbers, and Bed Bath & Beyond rose despite declining sales.

Major benchmarks staged a big comeback on Thursday, plunging in the morning after a disappointing report on activity in the service sector, but then turning higher on hopes of further interest rate cuts. The Dow Jones Industrial Average (^DJI -0.25%) and the S&P 500 (^GSPC -0.12%) closed with modest gains, with technology shares leading the market.

As for individual stocks, Tesla (TSLA -0.08%) missed expectations for deliveries in the third quarter, and Bed Bath & Beyond (BBBY -17.42%) reported mixed results. 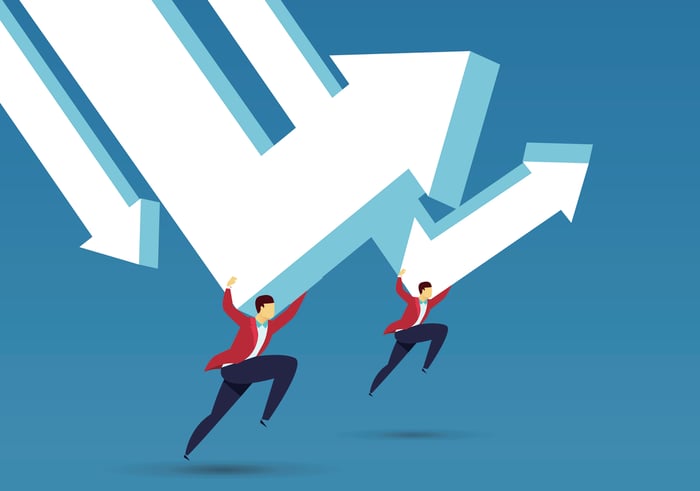 Tesla reported record production and deliveries in the third quarter, but the numbers fell short of expectations, and shares slumped 4.2%.

Last week, investors got excited by a leaked email from CEO Elon Musk that suggested that deliveries in the quarter could hit 100,000. The stock jumped 6% on that news, and today's reaction to the actual numbers just gave back some of those gains. Shares of Tesla, however, are still 39% below their 365-day high, as investors remain concerned about demand in the face of expected competition.

Tesla has guided to deliveries of 360,000 to 400,000 vehicles for the full year, which means the company will have to deliver about 105,000 next quarter to meet the low end of its forecast.

Bed Bath & Beyond results: Not as bad as they could have been

Bed Bath & Beyond reported mixed results for its fiscal second quarter, and investors with low expectations were apparently satisfied with the progress the struggling retailer is making, sending shares up 2.7%. Net sales were down 7.4% to $2.72 billion, which was just shy of the $2.75 billion analysts were expecting. The company lost $1.12 per share, but excluding transformation costs like store closures and a big inventory writedown, adjusted earnings per share declined 11% to $0.34, better than the $0.27 analyst consensus.

Comparable sales fell 6.7%, mostly because of a drop in traffic in the retailer's stores. Comparable sales in physical stores slumped by a high-single-digit percentage, and even the company's digital channel saw a slight decline.