The stock market was surging on Friday afternoon, with big gains for all the major indices. The unemployment rate fell to a 50-year low, and White House economic advisor Larry Kudlow commented about possible "positive surprises" related to trade talks between the U.S. and China.

HP Inc. (NYSE:HPQ) investors were treated to a negative surprise after the company outlined a restructuring plan that featured layoffs and a business model shift. Meanwhile, shares of Netflix (NASDAQ:NFLX) moved higher following the release of some positive data.

Problems plaguing HP's printing business led the company to announce a sweeping restructuring on Thursday. HP will slash its workforce, ramp up share buybacks, and lower its dependence on selling lucrative printing supplies as it grapples with competition from inexpensive third-party ink. Investors didn't like the plan at all -- the stock was down 9.6% at 1:35 p.m. EDT Friday. 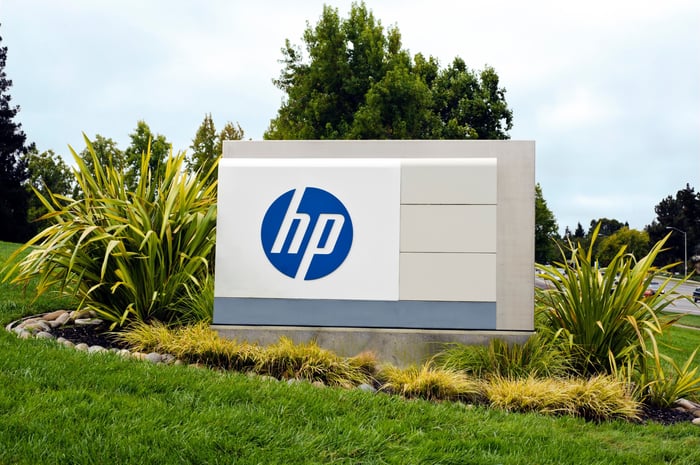 Between 7,000 and 9,000 HP employees will be getting the axe, through a combination of firings and voluntary early retirement. This will cut annualized costs by around $1 billion by fiscal 2022, but it will require the company to take charges totaling $1 billion over the next few years.

The printing business is getting an overhaul, with HP moving away from the razor-and-blade model that led to fat profits in the past. HP will now focus on improving its hardware margins and selling services, reducing its reliance on supplies. The tech company's previous model of selling cheap hardware and expensive, high-margin ink and toner has come under attack by aftermarket suppliers that severely undercut HP on price.

A 10% dividend boost is in the cards for fiscal 2020, and HP boosted its share buyback authorization by $5 billion. But that wasn't enough to prevent a steep decline in the stock. Printing has been HP's cash cow for many years, and the prospect of a less profitable printing business is not sitting well with investors.

Netflix up on positive data

Following a brutal decline over the past few months, shares of Netflix got a small boost on Friday after some fresh data indicated that active user counts were growing again after being flat in the second quarter. With the stock down nearly 30% from its 52-week high, this minor good news was enough to drive a 1.5% gain by 1:35 p.m. EDT.

Data from SimilarWeb suggests that international usage of Netflix's platform is picking up. Third-quarter international daily active users are up 25% year over year and up 11% from the second quarter, according to the data, an improvement over recent stagnation. This doesn't necessarily mean that Netflix is gaining subscribers at a quicker pace, but at least it's a data point that's not negative.

Netflix's second-quarter report in July was a disaster. The company badly missed its own guidance for subscriber growth, driven partly by price increases, which raised questions about how much pricing power Netflix really has as competition ramps up. Disney and Apple will be launching inexpensive streaming services in November, and AT&T plans to roll out a new HBO-centric service next year.

Netflix is expected to report its third-quarter results later this month. Another subscriber miss would likely be devastating for the stock, as it would indicate that consumers are holding off as they wait for new services to launch. How Netflix's model of borrowing billions to fund content will fare in a more competitive environment remains to be seen.