Please ensure Javascript is enabled for purposes of website accessibility
Log In Help Join The Motley Fool
Free Article Join Over 1 Million Premium Members And Get More In-Depth Stock Guidance and Research
By Evan Niu, CFA - Oct 4, 2019 at 8:20AM

Apple has used this strategy before.

Rumors broke a month ago that Apple (AAPL 4.08%) is working on a new affordable iPhone model that is in the pipeline for early 2020. That device has been billed as a spiritual successor to the iPhone SE that the company released a few years back and discontinued last year. Apple put newer components into an old chassis, sold it at a mid-range price point, and called it a day. The Cupertino tech company is making a concerted effort to bring prices down, as evidenced by the iPhone 11's price drop. 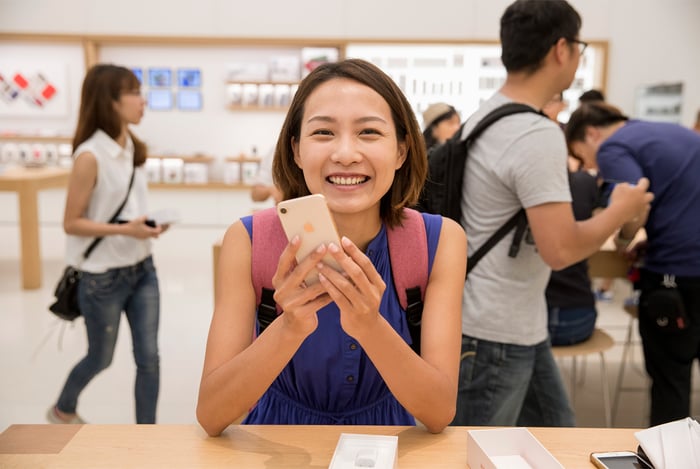