Netflix (NASDAQ:NFLX) has a lot of content but relatively few hits. That could be a major problem for the streaming giant as it faces new competition from Walt Disney's (NYSE:DIS) Disney+, which will launch with a lineup of originals that may be somewhat light on volume but heavy on big-name properties.

It could also pose a challenge for Netflix, which has taken more of a "throw everything at the wall and see what sticks" approach. The content giant has, of course, had some major successes like Stranger Things. But for every hit, the tech giant has a whole bunch of shows that seem to exist mostly to clutter up the service.

Some of those shows may have niche followings or be a major draw to some segment of the audience, but few make significant impressions. The Disney+ lineup differs in that every show on the platform seems like an effort to reach a broad audience. 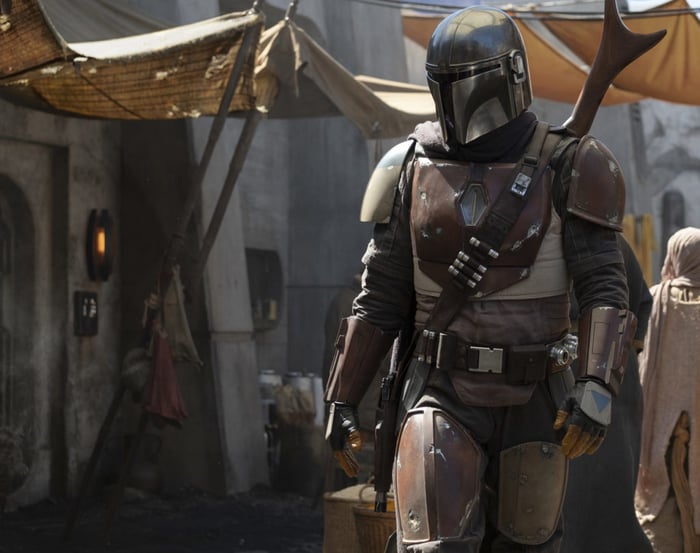 What Is Disney doing?

Disney is essentially following the same model it uses for its movie business. It's leaning on popular intellectual property (IP) that consumers are familiar with. The company laid out the first year lineup in a press release:

Those aren't the only shows the company will release. It also has a documentary series starring Jeff Goldblum and one that focuses on the animals who live at Disney's Animal Kingdom. There are a few other series planned, but as you can see from the list above, pretty much every show is a potential hit.

It's hard to see any of these programs not finding an audience, aside from maybe the Goldblum series. Disney can, of course, fail, and it occasionally has a box office misstep. But making movies that are sequels, brand extensions, or spinoffs of popular properties works.

Should Netflix be worried?

Disney has multiple shows on that list that would appeal to fans of The Avengers, Star Wars, or its Pixar animated films. Those are some of the biggest franchises in the world and generally deliver huge audiences. That should translate into highly anticipated shows that drive subscription membership.

Netflix has comparably few hits. Stranger Things may be its only show that drives the sort of buzz most of the Disney shows will, and many of the network's other successes are either nearing their ends or have already ended.

The streaming leader still has lots of draws. Its a comedy special powerhouse, and it has a strong library of past hits (which Disney admittedly has as well). Netflix also has an awful lot of content, but that's not always a positive -- searching for something worth watching can be a challenge.

Consumers may be willing to drop Netflix if it doesn't have a show they are currently watching. If that happens and they go to Disney+ with its steady lineup of familiar fare, it might be hard to win them back.