Shares of Coty (COTY -7.05%) climbed 10.1% in September, according to data from S&P Global Market Intelligence. The cosmetics company's stock advanced amid momentum for the broader market and also appears to have gotten a lift from a presentation from its CEO and CFO. 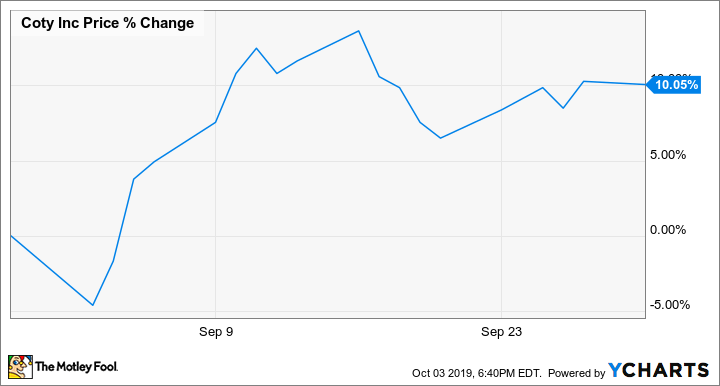 The stock market rallied early in September as the U.S. and China moved to resume trade discussions and made conciliatory gestures including reducing the scope of some tariffs while delaying others. This momentum benefited Coty stock, and shares also saw positive movement stemming from the company's presentation at the Barclays Global Consumer Staples Conference on Sept. 3. 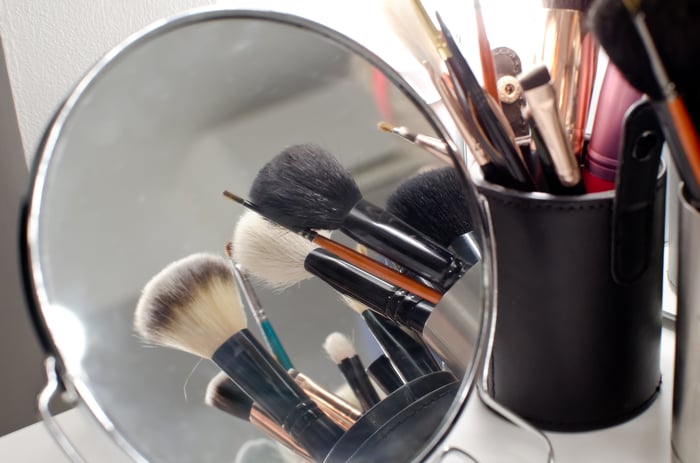 Broader market trends played a big role in Coty's stock gains in September, but investors may have also reacted favorably to the company's outlining of its strategy and goals at the Barclays conference. CEO Pierre Laubies and CFO Pierre-Andre Terisse presented at the event and laid out some favorable sales indicators and plans to expand the company's brand strength, introduce new product offerings, and expand e-commerce initiatives.

The company thinks it can drive better results by focusing advertising on its key brands and reduce complexity by focusing on the brands that are performing well and concentrating efforts there to drive margin improvements.Coty has also been pivoting to address its supply-chain issues, and it announced on Sept. 9 that it was moving forward with changes to the operating structure of its supply-chain unit that would accelerate its plans to realize improved value.

The company also laid out some longer-term targets in its presentation at the Barclays Consumer Staples conference, guiding for revenue in its 2023 fiscal year to come in between 0% and 2% higher than the $8.65 billion in sales it posted last year. Operating margin in fiscal 2023 is projected to come in between 14% and 16%, up from 11% in fiscal 2019, and the company is guiding for free cash flow of roughly $1 billion in the year.

Coty stock trades at roughly 15 times this year's expected earnings and has a dividend yield of 4.8%.