The company more than doubled its cash balance from the end of June with two fundraising transactions.

The business raised up to $402.5 million combined through the debt and stock offerings in September. The company ended June with $363 million in cash on its balance sheet but decided that might not be enough to fund operations after burning $72.9 million in cash in the first half of 2019. 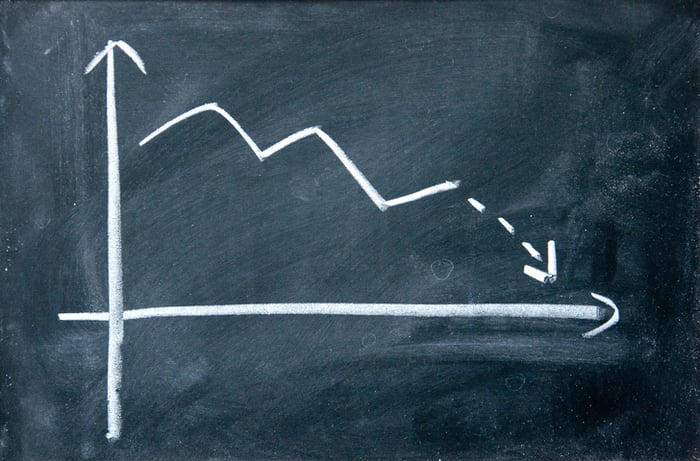 PTC Therapeutics reported revenue of $139 million and an operating loss of $108 million in the first half of 2019. Nearly half of total operating expenses in that span were categorized as research and development, but investors think the investment could pay off for the pharmaceutical company.

For instance, PTC Therapeutics is developing 11 unique drug candidates across rare diseases and oncology and exploring three supplemental approvals among its four marketed drug products. Five of the company's drug candidates are gene therapies, which have very strict regulations in place for manufacturing and administration. The company has been investing heavily in infrastructure and relationships to build leadership in the field, but it has proven expensive.

The abrupt tumble taken by shares of PTC Therapeutics last month should come as no surprise given the dilutive fundraising transactions that were conducted. The extra cash will be needed to support ongoing growth efforts and to invest in research and development activities that will lay the foundation for future growth. Simply put, not much has changed for the business, but investors need to keep an eye on swelling operating losses and cash burn.