Investing in small-cap stocks isn't for the faint of heart. This asset classes has historically shown higher volatility than the broader market. However, picking the right small-cap stock -- and watching it appreciate in value over time -- can pay rich dividends down the road.

It isn't easy to identify small-cap stocks worth buying, but one that has been making a lot of noise all year is Catalyst Pharmaceuticals (NASDAQ:CPRX), and not always for the right reasons. Only a brave soul could deal with the sudden -- and sometimes completely unforeseen -- ups and downs the company has experienced recently. Of course, the hope is that Catalyst will eventually repay investors for their patience, but it is worth considering whether the company's prospects are worth the trouble in the first place.

Catalyst focuses on developing medicines for rare diseases, particularly those of the neuromuscular and neurological varieties. This strategy has its advantages; many therapies developed for rare conditions become the only game in town, which means pharma companies can profit from them for years. That is probably the future Catalyst envisioned when it launched its only FDA-approved drug, Firdapse, which treats patients with Lambert-Eaton myasthenic syndrome (LEMS). Firdapse became an instant success, helping Catalyst rack up revenues of $12.4 million during the first quarter -- despite only being launched in early January -- and shattering analyst estimates in the process. 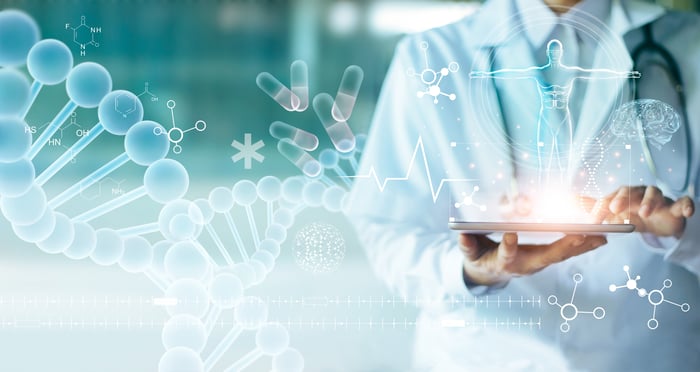 During the second quarter, the company saw its revenues jump to $28.8 million and posted a net income of $11 million, which compares favorably to the net loss of $6 million recorded during the corresponding period of the previous fiscal year. Firdapse is currently going through clinical trials in several other areas, including congenital myasthenic syndromes, spinal muscular atrophy, and MuSK-positive myasthenia gravis (MuSK-MG).

None of these cases have even made it to the FDA for approval yet, so it will be at least a little while before Catalyst gets to cash in on these opportunities -- if it gets to cash in at all. If these trials are successful, the company's target market would increase substantially, which could help spearhead strong top-line growth in the future.

As the saying goes, the road to success is not straight. Catalyst's master plan sounds great on paper, but the company recently ran into some obstacles. The first dam broke back in May when, to everyone's surprise, the FDA approved a rival drug for LEMS. Naturally, this news sent shares of Catalyst into the abyss, as investors were less than enthusiastic about the company's top-line growth prospects given this shocking turn of events. However, Catalyst wouldn't go down without a fight, and the company launched a lawsuit against the FDA and related parties, challenging the approval of this new drug (that goes by the name of Ruzurgi). Boring legal details aside, the lawsuit alleges that the approval of Ruzurgi violates several of the FDA's own long-standing practices.

Catalyst also saw its stock sinking last month when it announced a secondary common stock offering, which could lead to the dilution of its existing shares. The company planned to use the net proceeds from this transaction to market Firdapse in the U.S. and Japan. Catalyst's shares haven't recovered from this slump yet, which may indicate that investors aren't as bullish on the company's prospects.

Catalyst could certainly end up paying investors back tenfold, and those capable of handling risk and volatility might jump at the opportunity. But the future of this small-cap pharma company still looks a bit too hazy and uncertain for me to get on board. After all, there is no shortage of pharma companies with strong upside potential to consider buying instead.