A low valuation and insulation from the trade war caused investors to give the department store another look.

Shares of Nordstrom (JWN -8.03%) gained 16.2% last month, according to data provided by S&P Global Market Intelligence. It's been a rough year for the department store, with the stock cut nearly in half over the last year. After a turbulent August, which saw trade tensions heat up between the U.S. and China, investors bid the stock higher on hopes that the company can weather the potential impact of tariffs.

It certainly helped that the stock trades at a very low earnings multiple, which means it could be undervalued. 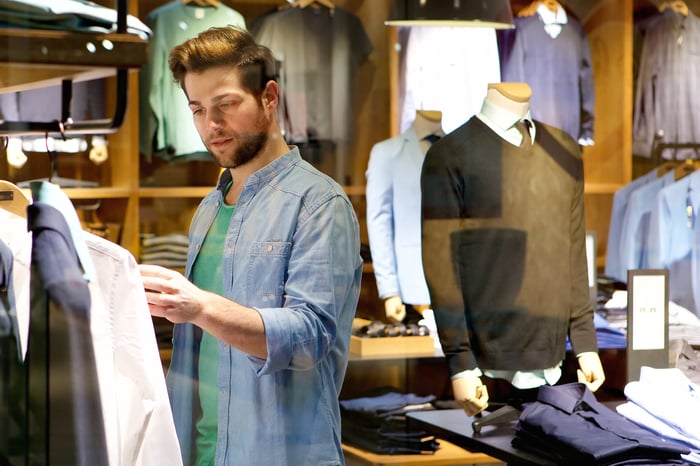 Along with suffering from the trade wars, Nordstrom delivered a disappointing second-quarter earnings report in late August, which revealed a weak sales trend taking shape. Also, Nordstrom has been making investments in its omnichannel business, but even digital growth left a lot to be desired, with growth of just 4%.

However, the silver lining of the quarter was that Nordstrom might not be impacted by the recent tariffs on Chinese imports, which caused a sell-off across the broader market in August. During the second-quarter conference call, CFO Anne Bramman said, "The impact of tariffs has not been incorporated into our outlook. But we believe, it will be relatively immaterial for the year."

With the stock trading at a forward price-to-earnings ratio of slightly less than 10 times next year's earnings estimates, that was all value investors needed to hear to buy the stock.

Although sales growth was disappointing, with both the full-price and off-price businesses experiencing a decline in net sales last quarter, management pointed to the performance of the local market strategy as a sign that better days are ahead. Last quarter, management saw positive results in the Los Angeles market -- Nordstrom's largest -- after expanding selection and customer services.

Across Nordstrom's Local neighborhood service hubs, customer spending increased 2.5 times on average, and returns are coming back to the company much faster, which is increasing inventory efficiency. Management is looking to expand the brand's presence in New York City, which is Nordstrom's largest e-commerce market.

Still, it might take a while for management's efforts to pay off. Guidance still calls for full-year sales to decrease about 2% year over year and for earnings per share to be between $3.25 and $3.50, down from $3.61 in 2018.