Like a phoenix rising from the ashes, once bankrupt Caesars Entertainment is making a comeback.

Filing for bankruptcy protection marks the beginning of the end for many corporations. Then there are entities like Caesars Entertainment (CZR).

What happens in Vegas usually stays in Vegas, but the story of Caesars' bankruptcy and the casino stock's comeback has remained in the financial news section of newspapers, websites, and blogs for years. 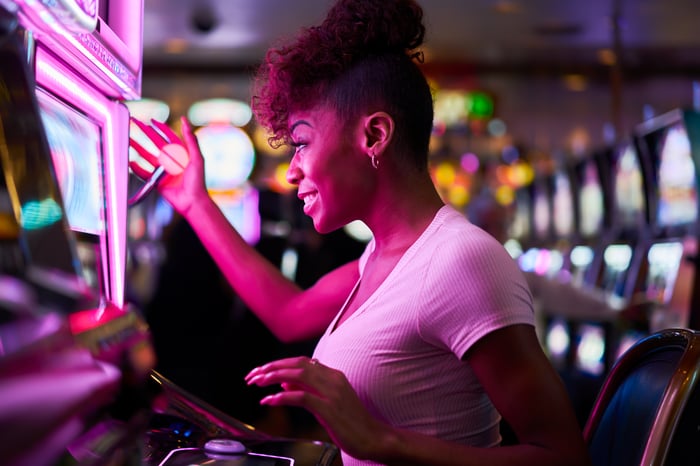 Caesars' spiral toward bankruptcy protection began in 2006 when the company became the target of one of the wildest leveraged buyouts (LBO) in U.S. history. Even worse, the LBO happened just before the Great Recession of 2008. A perfect storm of events-at least $5 billion in questionable asset sales, a crippled economy and a staggering number of legal battles related to the LBO-landed Caesars in bankruptcy court in 2015.

As of Sept. 24, 2019, Caesars has an agreement to sell off the Rio All-Suite Hotel & Casino but stay on as operator, anticipating an incremental EBITDA increase at the company's newly renovated Las Vegas properties. As part of the deal, Caesars retained the right to host the 2020 World Series Poker, taking place at the Rio All-Suite property. The agreement offers a significant revenue stream for the upcoming financial year.

Caesars delivered strong financials in the second quarter of 2019. Hotel cash revenue was up 6.3% year over year thanks to solid growth in the hotel, food and beverage sectors. Increased occupancy resulted in a 6.2% increase year over year in revenue per available room. Overall, Caesars' income decreased 4.6%, landing at $269 million, while net revenues increased 4.9% to $2.2 billion.

Lighter debt on the horizon

Caesars' long-term debt stands at $8.79 billion, as of Q1 2019. The Caesars-Eldorado (ERI) merger is expected to include selling some of the merged company's real estate holdings to VICI Properties (VICI 0.20%), a move expected to lighten Caesar's debt load by $3.2 billion. The merger would make Caesars Entertainment the largest owner of gaming assets in the U.S., allowing the company to compete effectively with its leading competitors, Wynn Resorts (WYNN 0.14%) and Las Vegas Sands (LVS 0.72%).

Caesars' success after bankruptcy boils down a relentless drive to beat competitors, evolving with the times to meet consumer demands and entering creative deals to lower debt.

It's always a good idea to keep your eye on your favorite companies as they experience financial turmoil and even devastating bankruptcies. They might very well rise from the ashes as more solid investments than before.

Why fuboTV Stock Jumped This Week

Why I Bought the Stock of This Hated Company