Levi Strauss and GW Pharmaceuticals really took it on the chin from investors.

Stock investors are a picky and often hard-to-please group. With their money they can punish a company for mistakes and transgressions or for not performing as well as they think it should.

But in their zeal to sock it to companies that have done wrong, investors frequently oversell a stock. This is what I believe happened in two separate instances on Tuesday to stocks that deserve better. 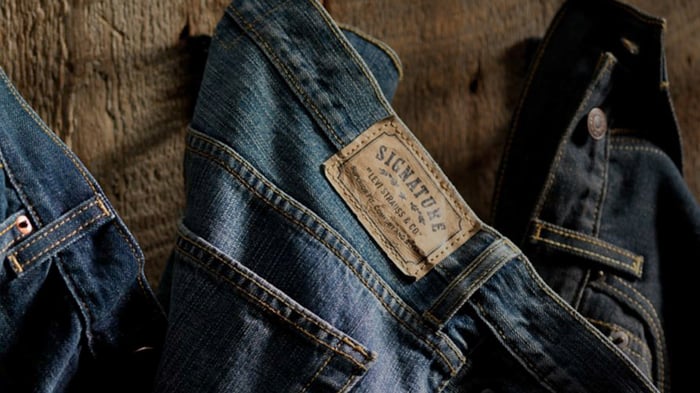 Typically investors trade up a stock when it beats estimates. This is why the drubbing of nearly 8% that Levi Strauss (LEVI 0.00%) took on Tuesday was puzzling, at least on the surface.

The company reported its earnings for the third quarter of fiscal 2019, and the headline numbers exceeded expectations. Net revenue came in at $1.45 billion for the period, representing a 4% improvement over the same quarter last year. Non-GAAP (adjusted) net income was down but not drastically, slipping 4% to $128 million ($0.31 per share).

That top-line figure beat the average analyst estimate of $1.44 billion, while prognosticators were modeling $0.28 per share for adjusted net profit.

What seems to be bugging investors is Levi's performance in its traditionally significant U.S. wholesale segment, which saw a double-digit drop of 10% during the quarter. Although this isn't a shocking development given the tectonic shifts in the retail industry, it was likely a steeper drop than investors wanted to see.

American wholesale isn't the future. Levi's success will increasingly be dependent on hot markets abroad like Brazil and direct-to-consumer sales. It's doing well in both respects, with good growth in Europe and Asia (up 14% and 9%, respectively), and a 10% jump in DTC net sales worldwide. The company's famous jeans are currently in style, especially among young people, and its wares are becoming more popular abroad.

I think the market's punishment of Levi's Q3 results is a clear case of overreaction. It's a good time to snap up some shares of this apparel maker.

The trend isn't the friend of GW Pharmaceuticals (GWPH), a biotech company that has been tagged as a marijuana stock because its medicines are derived from cannabis.

As an asset class, marijuana stocks have really been a dog lately. Poor results from the leading companies and regulatory controversies will do that to you. This guilt by association might be what drove GW Pharmaceuticals' stock down nearly 5% on the day.

But the company only witnessed the bank robbery, it didn't participate in the crime. It's actually doing nicely in terms of fundamentals, something we can't say for the majority of marijuana stocks these days.

Although the net profit it posted in its latest reported quarter was due to a one-off, the company's operating loss is dropping precipitously while revenue is rising fast. This is thanks to its star drug Epidiolex, the first cannabis-derived medication to be approved by the Food and Drug Administration.

The future looks good, too. Epidiolex, which treats seizures from certain forms of epilepsy suffered by kids, was recently approved for sale in the 28-state European Union (where it will be known as Epidyolex). The rollout should be fairly quick, and European sales will doubtless add handsomely to GW Pharmaceuticals' top line.

Investors shouldn't throw this pretty green baby out with the bathwater of marijuana stocks. GW Pharmaceuticals is an up-and-comer, and it's well worth considering as a buy at this reduced level.