Please ensure Javascript is enabled for purposes of website accessibility
Log In Help Join The Motley Fool
Free Article Join Over 1 Million Premium Members And Get More In-Depth Stock Guidance and Research
By Beth McKenna - Oct 10, 2019 at 9:12AM

Sept. 9 was a manic Monday for cloud stocks.

Despite this drop, shares of the Irvine, California-based data analytics software company are up 83.3% in 2019 through Oct. 9, versus the broader market's 18.3% return. 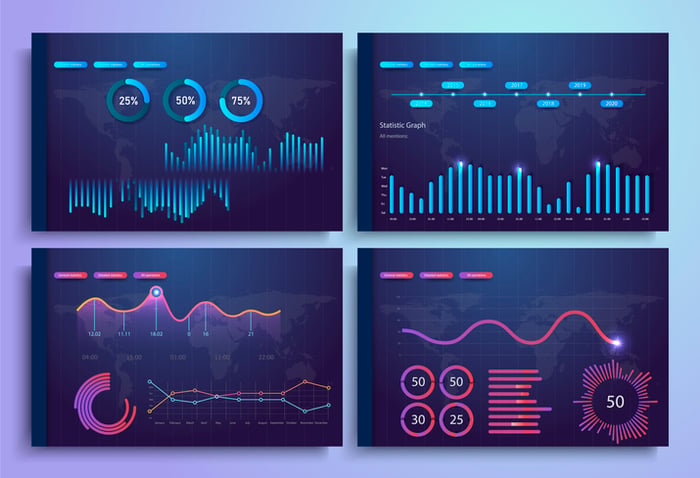 We can attribute Alteryx stock's decline last month more to market dynamics than to a company-specific catalyst. Richly valued growth stocks, most particularly those of companies in the cloud computing space, came crashing down to earth on Monday, Sept. 9. Alteryx stock plunged 15.2% on this day. For some context, shares of cybersecurity company CrowdStrike Holdings and videoconferencing specialist Zoom Video Communications fell 11.7% and 7.9%, respectively, on this date.

Why the stormy day among cloud stocks? At that time, my colleague Rich Smith opined that the likely reason was that some larger investors were lightening up on these types of stocks due to concerns that a recession could be coming. I'm on board with that take.

Alteryx stock's September drop wasn't all that bad when you consider that shares gained 20.2% in August. As I wrote last month, that run-up was largely due to the company's release of second-quarter results that crushed Wall Street's earnings expectations. Revenue soared 59% year over year to $82 million, while adjusted earnings per share (EPS) came in at $0.01, up from breakeven in the year-ago period. Analysts had been projecting a loss of $0.06 per share.

Investors should be getting some material news relatively soon. Alteryx hasn't yet announced a date for the release of its Q3 results, but it should probably be at the tail end of this month or very early next month.

For the quarter, Wall Street is expecting adjusted EPS of $0.08 -- flat with the year-ago period -- on revenue of $90.5 million, representing growth of 67% year over year.

When management released Q2 results, it raised its full-year 2019 revenue outlook to $370 million to $375 million, up from the previous forecast of $355 million to $360 million and representing an increase of 47% year over year at the midpoint.