Domo states that once all the data is consolidated, sellers can review visualized period-over-period comparisons, sales by categories, and other information to improve their businesses. Jay Heglar, chief business officer at Domo, stated that Domo for Square would bring "the power of enterprise tech to small businesses" and empower Square's sellers "with the data and insights they need to easily run their businesses." 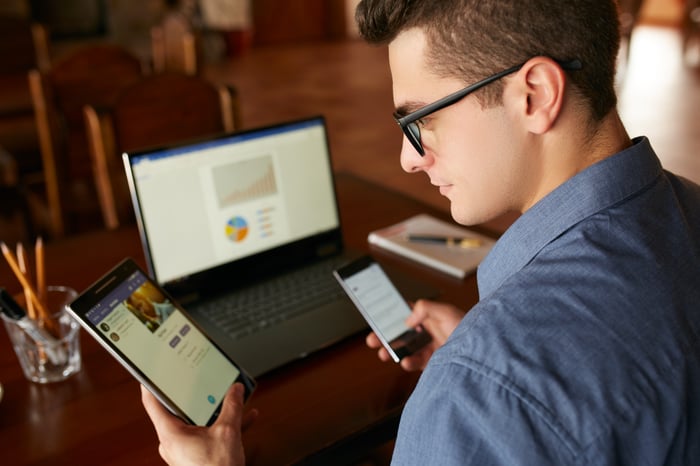 Pankaj Bengani, Global Partnerships Lead at Square, stated that the app "gives sellers a never-before-seen look into key metrics across multiple accounts, and offers them the ability to customize their insights and reporting" for the needs of specific operations.

At first glance, this partnership seems like a victory for Domo, which saw its stock drop below its IPO price earlier this year amid concerns about slowing revenue growth and lack of profits. But if we dig deeper, Domo for Square seems like a niche product that won't significantly boost its sales.

Domo for Square is only useful for customers who need to manage multiple Square accounts. Square doesn't disclose how many of its sellers use multiple accounts, but that percentage is likely low, for two reasons.

Therefore, Domo for Square would only appeal to business owners who run two or more different businesses, or those who need to crunch data from a group of smaller businesses.

Domo notes that Smorgasburg, a company that organizes outdoor food markets in select cities around the country and attracts hundreds of small vendors to its events, already used Domo for Square to "improve both the vendor and consumer experience with more fluid transactions and better insight into sales data." It noted that prior to using the app, Smorgasburg was manually inputting all its data from individual vendors into Excel spreadsheets. 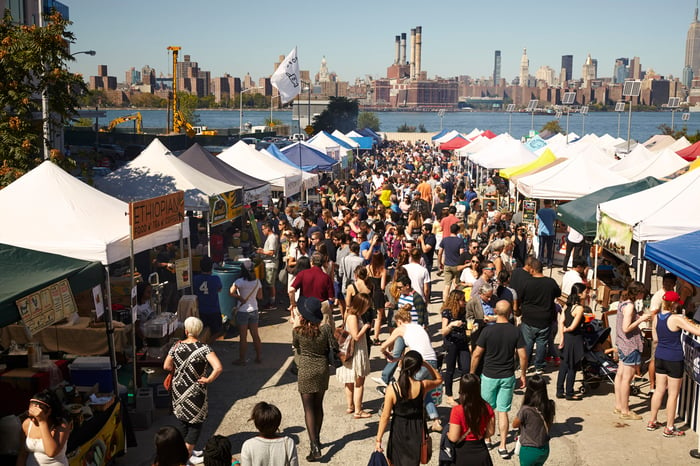 Domo for Square would certainly save time for event organizers like Smorgasburg, which need to gather data from a large number of smaller participants. But those cases are rare, and the vast majority of Square's sellers probably won't ever find themselves in Smorgasburg's position.

If there was enough demand for multiple account management tools, Square could easily launch its own app to render Domo for Square obsolete. Square's willingness to let Domo handle those customers indicates that it's still a tiny niche market.

Not a magic bullet for Domo's troubles

Investors generally favor two kinds of cloud service stocks: those with accelerating revenue growth, and those with sustainable growth and stable profits. Domo has neither. Over the past year, Domo's growth in billings and revenue decelerated significantly.

Domo expects that deceleration to continue in the third quarter with a 6% annual decline in billings and just 11%-15% revenue growth. It's blaming that slowdown on its pursuit of larger enterprise customers, which reduced its billings from smaller customers. Domo for Square seems like an attempt to reach those smaller customers again, but that niche market probably won't move the needle.

Domo posted a net loss of $31.2 million on revenue of $41.7 million in the second quarter. That was an improvement from its loss of $46.4 million a year ago, but it still lacks a clear path toward profitability. Its cash and equivalents also fell from $177 million at the end of January to $97.9 million at the end of July, indicating that it might need a secondary offering to stay afloat.

Domo's investors needed some good news after the company's awful second-quarter report last month, but Domo for Square won't be a meaningful catalyst. It targets a tiny market and could be easily replicated by Square if it's actually successful, so it's not a game-changer for either company.