Major binary events like late-stage clinical trial results or drug approvals offer high-risk, high-reward opportunities for those who can stomach the uncertainty.

Drug development is hard and expensive, but so is commercialization. Biotechs that persevere and make it through late-stage pivotal trials face the challenges of gaining regulatory approval. Many biotech companies will never endure this because promising drug candidates often get licensed by more established commercial players with experience bringing new drugs to market.

Preparing to launch a new drug can be quite expensive, particularly for large, fragmented patient populations. We will explore one company that recently had its first regulatory submission accepted for review and another that plans to refile its application by the end of the year. 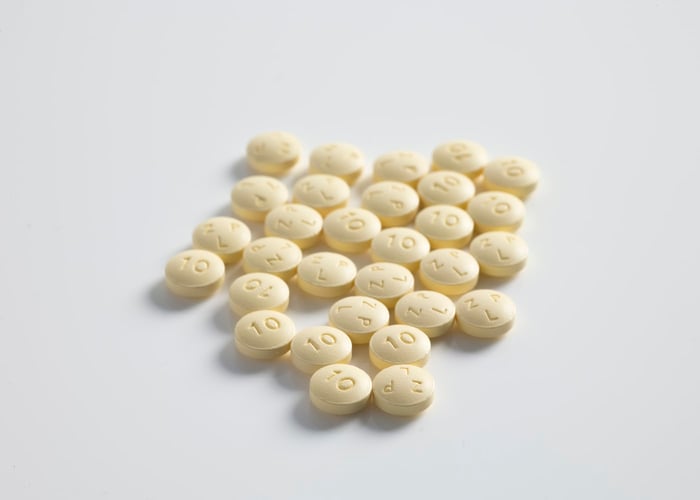 In September, Global Blood Therapeutics (GBT 8.18%) received Priority Review designation from the U.S. Food and Drug Administration (FDA) for the New Drug Application of its sickle cell disease (SCD) drug voxelotor. This designation shortens the review time for approval from 10 to six months. The company should know the FDA's decision by February 20, 2020.

The pivotal Phase 3 clinical trial results, published in The New England Journal of Medicine in August, demonstrated a statistically significant benefit for patients receiving voxelotor compared to those getting placebo. Until voxelotor, only symptomatic treatments for SCD have existed. If approved, the disease-modifying daily pill could become a blockbuster.

Sickle cell disease impacts approximately 160,000 people in the U.S. and Europe. According to Global Blood, up to $186,000 is spent annually for patients with complications from sickle cell disease. Voxelotor should garner attractive pricing for the company if it can indeed reduce the overall financial burden on the healthcare system. The company embarked on an aggressive pre-approval awareness campaign to get the word out to doctors and health insurers. Global Blood states that 85% of U.S. SCD patients live in 17 states. A 75-person commercial team aims to engage with the medical community in those states to deliver voxelotor to patients.

This company is a Wall Street darling, covered by 15 analysts. On Oct. 8, Cantor Fitzgerald analyst Dr. Elemer Piros reiterated a buy rating and $110 price target. A day later, Wedbush analyst Liana Moussatos echoed that sentiment, reiterating a buy rating and a price target of $120. Global Blood should trade higher as the approval deadline in February approaches. The Phase 3 data are strong making approval likely. A big question for the board and management will be whether to remain independent or sell to a hungry pharma company. Either way, investors should benefit.

It has not been smooth sailing this year for Immunomedics (IMMU). The company received the dreaded Complete Response Letter from the FDA regarding its antibody-drug conjugate sacituzumab govitecan. This means the FDA did not accept the application to review the drug for approval. The deficiency cited was based on an FDA pre-approval inspection of one of the manufacturing facilities. Shortly thereafter, its Chief Medical Officer left the company.

In August, Immunomedics stated its intent to file the amended New Drug Application in the early part of its fourth quarter. This was subsequently pushed back to late November or early December. The FDA's acceptance of the filing will be a step in the right direction for the company. However, investors must be cautious not to interpret the FDA's willingness to review the submission as an indication of a future approval.

Sacituzumab govitecan is an antibody-drug conjugate that allows for the delivery of a toxic payload to specific molecular target. Immunomedics conducted a Phase 3 clinical trial in patients with triple negative breast cancer who already received two prior therapies. The advanced condition of these patients makes it a challenging population to treat, and oncologists desperately seek new drugs for intervention. In the Phase 3 trial, sacituzumab govitecan posted progression-free survival of 5.5 months, which is double what has been reported with other therapies in similar patients. A confirmatory Phase 3 is under way. Additionally, Immunomedics recently reported positive results last month in metastatic urothelial cancer, a tumor that affects about 32,000 people in the U.S., Japan, and major European countries.

Investor activism has paid off

Immunomedics is led by Executive Chairman Dr. Behzad Aghazadeh, a seasoned biotech investor at Avoro Capital. Not unexpectedly, Avoro owns 11% or 21 million shares, making it the company's largest shareholder. Dr. Aghazadeh gained control after a proxy battle in 2017 following a licensing deal for sacituzumab govitecan with Seattle Genetics. Avoro contended that terminating the license and developing the drug independently would yield greater value for shareholders.

Avoro won the vote and ended the license. During this time, Immunomedics' stock appreciated from around $5 to $10 share up to $25 and is now in the $14 range. A successful filing this quarter and approval next year will likely send the stock back into the $20s or higher. However, if sacituzumab govitecan gets approved, Avoro will probably push for a sale given the expense and effort to successfully launch a drug. As substantial investors for several years, they likely want an exit if the acquisition premium is attractive.

While not for the faint of heart, binary events like drug approvals can provide meaningful upside for investors. Global Blood and Immunomedics appear to have reasonable chances for success, but the FDA wields the final decision. Investors must recognize the potential risks going into these regulatory events and reevaluate their investment thesis once the outcomes are known.