There were more stocks hitting new lows than reaching new highs last week, but we still saw nearly 370 investments score new 52-week high-water marks over the past year. There always seem to be winners out there.

RH (RH -4.90%), Apple (AAPL 0.03%), and DocuSign (DOCU -5.83%) are some of the more surprising names scoring fresh highs over the past week. Let's take a closer look into what's making these three companies thrive in an otherwise lukewarm investing climate, and setting themselves up as candidates for investors hoping to buy into the market's top stocks. 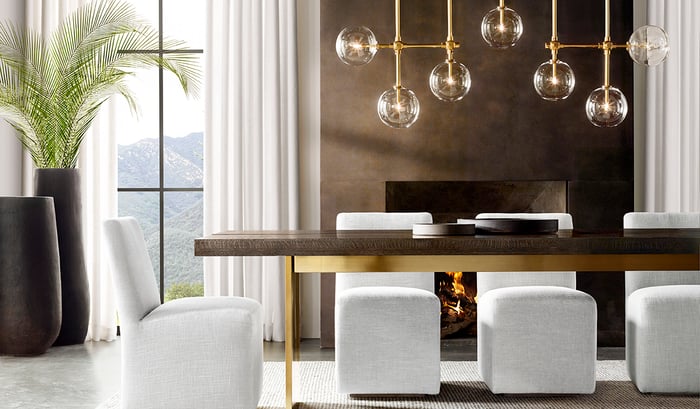 Home decor isn't a hot niche these days, with many of the retailers specializing in home goods falling out of favor. RH is thriving as a luxury lifestyles retailer, bucking the trend and triggering another all-time high on Friday. Shifting to a membership model for its high-end furnishings is a hit with its well-to-do target audience.

RH is still coasting higher after posting another strong financial report in mid-September. Revenue rose 10% in last month's blowout performance, and the chain isn't having to sacrifice margins to drive sales like many of its other downmarket peers. Expanding margins and aggressive share buybacks find reported and adjusted earnings climbing higher on an absolute basis and even higher on a per-share basis.

Investors have been rewarded by RH, as the chain keeps boosting its guidance with every passing quarter. Last month's report found the retailer lifting its outlook for the fiscal year to an adjusted profit per share between $10.53 and $10.76 on $2.68 billion to $2.694 billion in revenue, up $1.24 to $1.45 per share on the bottom line and as much as $22 million on the top line.

The leading consumer tech company has finally regained its market cap crown, for now. Apple joins RH in hitting another all-time high on Friday, finally taking out its previous peak from last October. Apple's resurgence comes despite revenue declines in two of the past three quarters.

The boom in Apple's services segment has helped overcome the slowdown in hardware sales. Services will get another boost when Apple TV+ launches at the start of next month. Last month's iPhone 11 launch came with the typical improved camera and battery life specs, but the buzz is now building for next year's model, which is likely to take full advantage of the 5G wireless carrier rollout.

It's getting easier to sign documents electronically for all functions that used to require live ink, and DocuSign is leading the charge as the platform of choice. Like RH, DocuSign is rolling after posting a stronger-than-expected quarterly report last month. Revenue soared 41% for its fiscal second quarter, with billings climbing by an encouraging 47%.

Like RH, DocuSign also boosted its full-year outlook during last month's blowout report. DocuSign is eyeing $947 million to $951 million in revenue for the entire fiscal year. It was only targeting top-line results of between $917 million and $922 million back in early July. If there's one thing that's always in fashion, it's when a company delivers a strong quarter backed by a rosier near-term outlook.