Shares of Reata Pharmaceuticals ( RETA 11.24% ) are up 59% at 12:26 p.m. EDT, after the company released positive data for the midstage Moxie study of its drug candidate, omaveloxolone, in patients with a neuromuscular disease called Friedreich's ataxia.

As biotech investors have seen time and time again, positive clinical trial data can lead to monstrous one-day gains, especially if that data comes in a disease like Friedreich's ataxia where multiple failures over the years have led to low expectations. 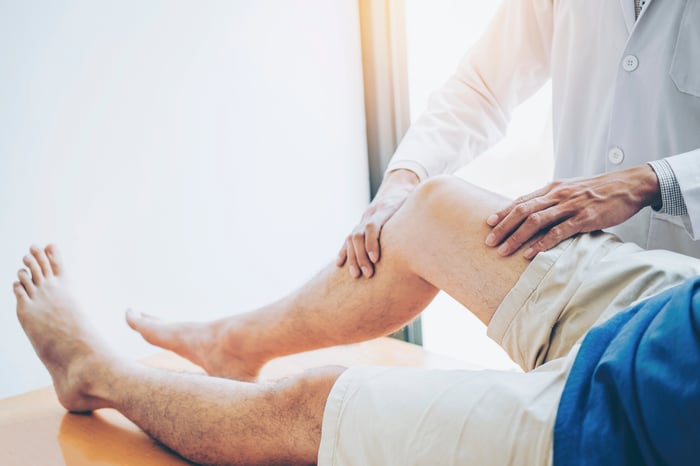 Using the modified Friedreich's Ataxia Rating Scale (mFARS), patients treated with omaveloxolone had an average improvement of 1.55 points -- improvement indicates a lower score on the scale -- compared to an average worsening of 0.85 points for patients who received placebo. The 2.4-point difference was statistically significant.

Importantly, the effect increased over time with 48 weeks -- the end of the study -- showing the largest mFARS improvement for omaveloxolone compared to placebo. Since this will be a long-term treatment, and not a cure, doctors will want to see that kind of robust, long-lasting effect.

In a well-timed move last week, Reata Pharmaceuticals agreed to pay $330 million to reacquire the rights to omaveloxolone and bardoxolone, a drug in the same Nrf2 activator drug class, from its partner AbbVie ( ABBV 0.30% ). Reata will also owe AbbVie single-digit, tiered royalties on sales of omaveloxolone and predefined next-generation Nrf2 activators, but bardoxolone will be royalty-free.

Reata will need to meet with the Food and Drug Administration and other regulators to discuss whether the data from Moxie is enough to gain approval. Given the unmet need for patients with Friedreich's ataxia, an accelerated approval with Reata performing a confirmatory post-marketing study seems likely -- but this is the FDA, and anything can happen.