Please ensure Javascript is enabled for purposes of website accessibility
Log In Help Join The Motley Fool
Free Article Join Over 1 Million Premium Members And Get More In-Depth Stock Guidance and Research
By Donna Fuscaldo - Oct 16, 2019 at 10:36AM

Samsung and Microsoft are hoping foldable phones will drive new growth in a now-less-exciting smartphone market.

First it was Samsung (OTC: SSNLF) failed effort in April and retry in early September. Then Microsoft (MSFT -0.26%) announced one a few weeks later.

Foldable smartphones seem to be all the rage these days as the industry looks for the next driver of growth. But do consumers really need or want these foldable phones? The tech companies producing them certainly hope so.

With the smartphone market saturated and 5G not fully up to speed yet, there's been little reason for consumers to upgrade their phones. But now Samsung, Microsoft, Huawei, and other smartphone makers are hoping to juice sales by developing foldable phones. These devices meld a smartphone and tablet into one device, giving users access to a big screen that can be folded for easy portability.

Samsung beats its rivals with the Galaxy Fold

Samsung's Galaxy Fold was among the first out of the gate, with the South Korean consumer electronics company launching it worldwide this fall. It was slated to launch in April, but problems with the screens and hinges delayed the rollout.

Since its debut, reviews have been mixed. In one test in which the Galaxy Fold was opened and closed for 14 hours straight by a machine, the hinge and screen got damaged after 119,380 folds. That's less than the 200,000 times Samsung said a user would open and close it in five years. In other cases, reviewers called it the wave of the future but at an expensive price point.

The jury is still out as to whether it will be a hit with consumers, but most agree it will appeal to early adopters and people looking for a completely new form factor. 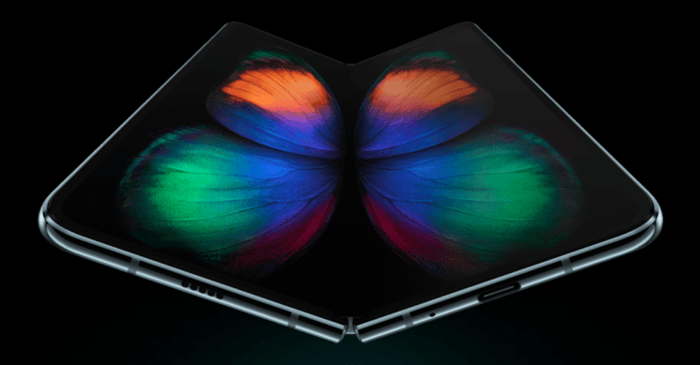 Not to be left out of the race, Microsoft surprised everyone with the announcement of the Surface Duo during a Surface event in late September. Its foldable smartphone is slated to launch in time for the holidays in 2020.

The device is made up of two 5.6-inch screens that, once opened, become a single 8.3-inch screen.

The Surface Duo is the software giant's first phone in years and surprisingly runs on Alphabet subsidiary Google's Android mobile operating system. Microsoft hasn't released any specs for the Surface Duo beyond that. It's also developing Windows 10X for dual-screen devices, including the Surface Neo, a foldable tablet, betting it's a market that's about to take off.

Huawei is reportedly sticking to China with its foldable phone, which is also delayed. Huawei had set its sights on a June release of the Mate X, but Huawei landed on a blacklist in the U.S., preventing American companies from doing business with it, which pushed back the launch. It also went back to the drawing board after seeing what happened to the Galaxy Fold. It is now gearing up to launch the Mate X in China at the end of October.

There's a lot that can go wrong for the smartphone makers with this new form factor. The idea is brilliant on paper, but the execution is more challenging. For one thing, the technology is in its infancy. The industry is still working to perfect the display and hinge technology, with handset makers taking different approaches. The idea is to make both the screen and hinge able to withstand millions of folds without degrading. In order for it to be adopted by the masses, consumers have to feel confident it's sturdy enough to be used all the time.

Then there's the price point. The Galaxy Fold sells for nearly $2,000 and the Huawei Mate X is expected to go for $2,600. Microsoft hasn't revealed what the Surface Duo will cost, but more than $1,000 is a distinct possibility. It's not clear if the ability to unfold a smartphone to get a bigger screen will be enough to get consumers to spend that much.

Of the companies chasing the foldable market, Microsoft may have the most to lose. If the devices fail to take off, Samsung and Huawei have 5G waiting in the wings. That's expected to drive a huge upgrade cycle, cushioning the blow from a foldable flop.

But for Microsoft, it would represent another black eye for an already poor reputation when it comes to smartphones. Its Windows phones never took off, and Microsoft closed the business in 2016. It was also forced to write down $7.6 billion in value related to its acquisition of Nokia's phone business. That was more than the $7.2 billion it paid for the unit. Microsoft doesn't need another embarrassment in that area, which is likely why it's teaming up with Google. It's also probably why the software giant is taking great pains to spin the Surface Duo as a Surface tablet, not a smartphone, even if you can make phone calls with it.