Please ensure Javascript is enabled for purposes of website accessibility
Log In Help Join The Motley Fool
Free Article Join Over 1 Million Premium Members And Get More In-Depth Stock Guidance and Research
By Billy Duberstein - Oct 16, 2019 at 9:12AM

Arista is a great enterprise hardware company, but the huge gains of the past three years will be hard to replicate.

Arista Networks (ANET 2.94%) has long been a favorite of growth investors in the technology space, and it is easy to see why. The company's disruptive switching platform caught on terrifically with cloud providers, and Arista has ridden the cloud wave to great heights, with its stock surging 180% over the past three years.

However, the stock has fallen about 100 points since April, from a high of $331 to around $234 today. That may put it on the radar of bargain-hunting investors, but those looking at Arista's stock today need to assess Arista's future prospects, not just its illustrious past -- and there's good reason to think Arista's future might not be quite as rosy. 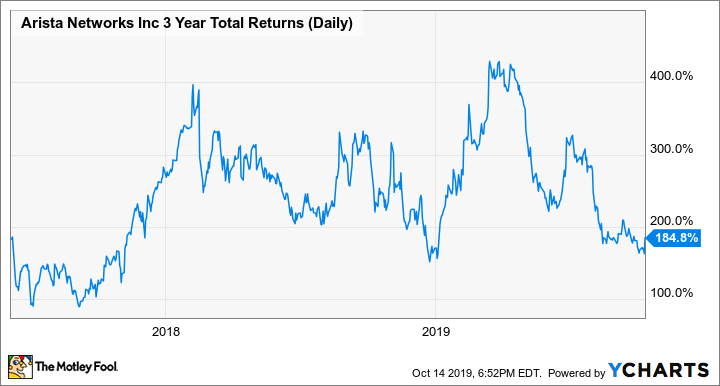 Make no mistake, Arista is a high-quality enterprise hardware business. Arista was early to jump on the opportunity afforded by the cloud revolution, and it designed its switches to suit the extremely high-traffic needs of cloud data centers. The core of the Arista's cloud switches is EOS, its Linux-based extensible operating system, which allows for high flexibility and programmability compared with legacy switch technologies.

That caught on with the big cloud providers. For Arista, having relatively few customers buy lots of its switches afforded the company even more advantages. As my colleague Herve Blandin pointed out, by selling to only a limited number of customers, Arista didn't have to spend as much on its sales force as other big tech companies that sell to hundreds or thousands of enterprises. In 2018, sales and marketing only made up about 8.7% of Arista's revenue, and its operating margin, excluding a legal settlement payment, reached 31.5% last year -- even ahead of giant rival Cisco (CSCO -0.81%). 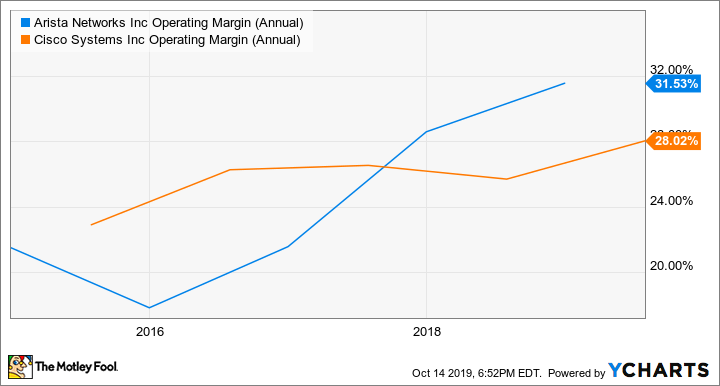 Concentration giveth and taketh away

However, there is a downside to having so much concentration in a few customers: If and when these customers slow their purchases, sales and margins go in the opposite direction. Unfortunately for Arista, it appears the cloud buildout that propelled the stock over 2017 and 2018 has peaked, and it likely won't return to that rate of growth in the future. Management even admitted as much in the company's latest conference call with analysts. For instance, in 2018, Microsoft (MSFT -0.26%) made up 27% of Arista's sales, as the tech giant invested heavily to bolster its position in the cloud market. However, in the second quarter of this year, Microsoft pulled back on its data center spending significantly, denting Arista's growth. While Microsoft has once again resumed purchases, management has admitted it is nowhere near the level of the past two years.

Arista is adapting to this "new normal" by targeting new enterprise customers and entering new verticals such as campus networking, but there is reason to think these new growth drivers won't be nearly as large or as profitable as the cloud. 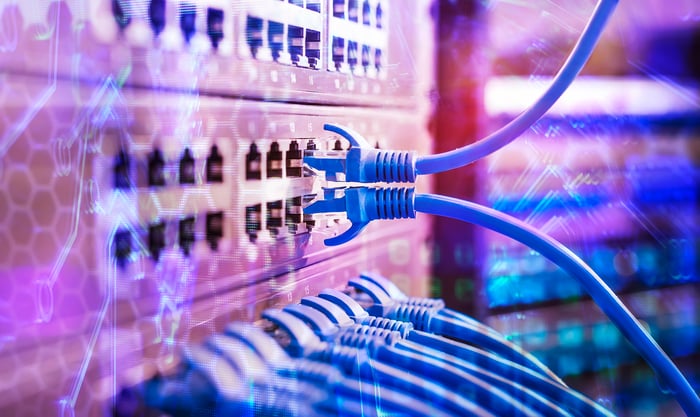 On its recent Q2 earnings release, management noted that last quarter set a record for new customer wins. That is great news, but it should also be noted that these new enterprise and international customers don't buy nearly the number of switches as the large cloud companies. In addition, serving a larger number of customers requires much more in the way of sales and marketing expenses. In fact, Arista management recently said its sales and marketing expenses should grow to 10% of revenue in the medium term, up from 7.5% at its low.

Arista is also now embarking on becoming a player in the enterprise campus and Wi-Fi market. To break in, Arista has not only been increasing research and development investment, but it also bought cognitive Wi-Fi company Mojo Networks in August of last year.

Yet in spite of this heavy investment, success is still uncertain. Selling to hundreds or thousands of clients for campus switching is different from Arista's core cloud business. Management says that while they hope to eventually get to $500 million to $1 billion in sales, it would be thrilled with $100 million in sales in the first year.

Arista did $2.15 billion in sales last year, so $100 million isn't really going to move the needle in the near or medium term. In addition, the campus push will require more resources on the company's part, with a much more uncertain outcome than the cloud.

Some may take Arista's fall from its high of $331 per share back in April to just $234 today as a signal that it's time to scoop up shares. Certainly, Arista's stock is more reasonably priced than it was, but the company still trades at around 22.3 times forward earnings expectations. Given that Arista's core market is slowing and its new growth products will likely have lower operating margins, the de-rating in Arista's stock is probably warranted. Therefore, Arista is likely around fair value right now, and not the strong bargain some may think.