China's electric vehicle specialist might not get an opportunity it had hoped to have.

Major benchmarks moved lower on Wednesday, reflecting greater uncertainty about whether trade disputes between China and the U.S. will resolve favorably. Market participants also seemed ready for a pause following a strong move higher yesterday, and as more companies start to release their latest earnings results, investors should prepare to see both winners and losers. Some stocks posted fairly substantial losses on company-specific concerns. NIO (NIO -0.85%), Slack Technologies (WORK), and American Vanguard (AVD 1.19%) were among the worst performers. Here's why they did so poorly.

Shares of NIO dropped 6% as the Chinese electric vehicle manufacturer faced new uncertainty. NIO has wanted to raise money in order to invest in building a new factory in China, and the stock has been turbulent recently as market watchers debate whether the company will be successful in its efforts. Most recently, sentiment has turned negative, as talks between NIO and a local provincial government entity seeking funding came to a halt. With the Chinese economy seeing a substantial slowdown and the risks associated with the electric vehicle manufacturer remaining high, it didn't take much bad news to reverse NIO's recent share-price gains. 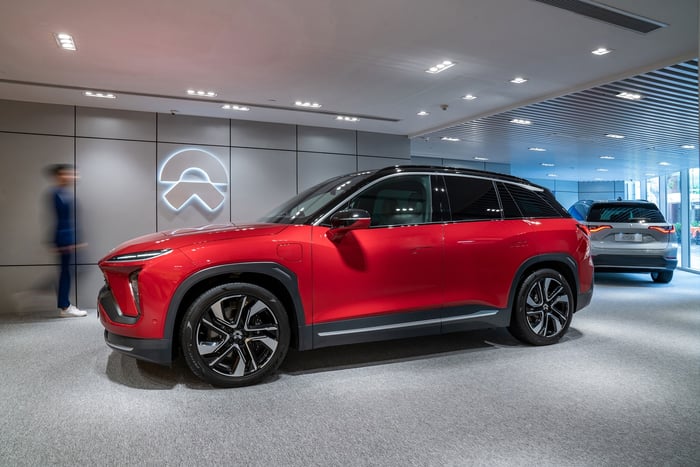 Slack Technologies saw its stock fall 4.5% after the workplace communications specialist got a negative call from Wall Street analysts. Professionals at Morgan Stanley targeted Slack along with several other software-as-a-service stocks with high valuations, assigning an equal weight rating to Slack. As analysts see it, Slack has benefited from having relatively little competition until now, but it's likely that new rivals in the workplace messaging space could make it more difficult for the company to keep up its momentum. For its part, Slack has argued that its platform is much more engaging than competing products, but at least some shareholders don't seem convinced that its competitive advantage will hold up over the long run.

Finally, shares of American Vanguard declined almost 13%. The diversified agricultural products company said that it expects third-quarter sales to come in about 10% higher than in the year-ago period, but that figure still fell well short of what it had previously expected. Nearly all of the weakness came from the domestic market, where sales were flat year over year. CEO Eric Wintemute pointed to the success of the company's international businesses, although even there, a shortage of a particular herbicide held American Vanguard back from even stronger overseas growth. With Wintemute projecting further weakness in domestic sales for the rest of the year, American Vanguard shareholders seem concerned about whether 2020 will bring a recovery or more difficult industry conditions.