Please ensure Javascript is enabled for purposes of website accessibility
Log In Help Join The Motley Fool
Free Article Join Over 1 Million Premium Members And Get More In-Depth Stock Guidance and Research
By Evan Niu, CFA - Oct 17, 2019 at 6:00AM

The social networking giant can't buy its rival this time.

TikTok has emerged as one of the most promising competitors to social media juggernaut Facebook (META -1.01%). The short-form video app, which merged with Musical.ly last year to become an even larger platform, has become extremely popular among younger demographics all around the world. TikTok's China-based parent, ByteDance, fetched a mind-boggling $75 billion valuation in a private funding round a year ago.

ByteDance has now set up shop in Silicon Valley and ramped up its poaching efforts. 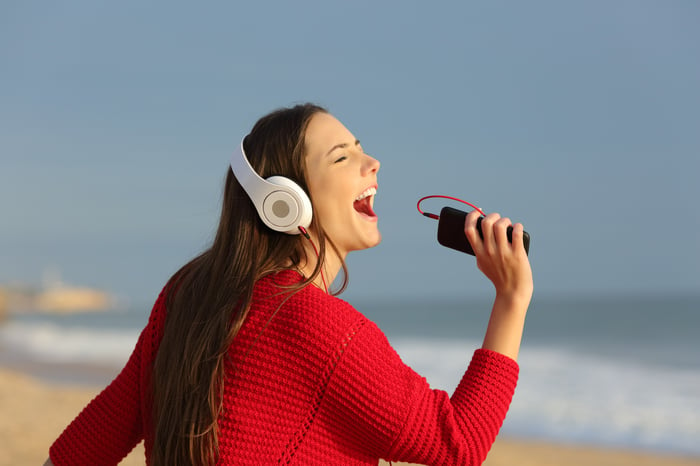 Moving in next door

To be clear, ByteDance has already been stealing talent from Facebook and Alphabet subsidiary Google, but it's now getting even more aggressive in poaching employees from the largest social media company on Earth, according to CNBC.

In a move that inevitably doubles as a metaphor, ByteDance has moved into a Mountain View office that Facebook's WhatsApp team had previously occupied. The company has many job listings searching for talent in the San Francisco Bay Area, and ByteDance has hired away roughly two dozen workers from Facebook in recent years, according to the report. ByteDance is reportedly tempting employees with lucrative salary offers that top Facebook's pay by as much as 20%.

Some Facebook employees have made the switch because TikTok has more growth potential, and securing equity in high-growth start-ups is oftentimes the best chance at eventually getting a massive payday down the road. The report doesn't mention equity grants, but presumably ByteDance is including some in its offers. With a $540 billion market cap, Facebook is over seven times as valuable as ByteDance.

As Facebook is wont to do, it has attempted to copy TikTok. Last year, the company released Lasso, which replicates all of TikTok's core features, although the clone has not taken off in popularity. Facebook has a long history of copying competing apps with varying levels of success and isn't discouraged when it fails.

It's also worth noting that because ByteDance is based in China, there's virtually no way that Facebook would be able to acquire the upstart competitor as it has often done in the past when new rivals emerged. Such a deal would indubitably face strong pushback from regulators in both countries at a time when Facebook finds itself under intense antitrust scrutiny domestically and geopolitical tensions between the U.S. and China continue to rise.

Earlier this month, The Verge obtained leaked audio from an internal Q&A session with Facebook employees, which provided some unique insight into how CEO Mark Zuckerberg thinks about the growing threat. His Zuckness acknowledged that TikTok was larger than Instagram in certain markets:

It's starting to do well in the U.S., especially with young folks. It's growing really quickly in India. I think it's past Instagram now in India in terms of scale. So yeah, it's a very interesting phenomenon.

The chief executive compared TikTok to Instagram's Explore Tab, which algorithmically unearths content for users. Zuckerberg argues that TikTok is fueling growth with promotions, spending lavishly to acquire users but that "their retention is actually not that strong after they stop advertising."