Plans to launch cannabis-infused beverages lit a fire beneath the beaten-down marijuana stock.

HEXO sorely needed some good news after revealing that its Q4 revenue won't be nearly as high as expected. But the big question for investors is: Just how good is the latest news from Truss? 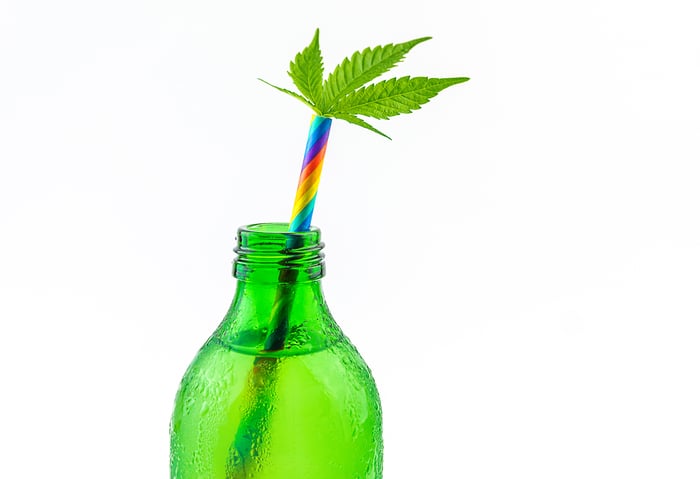 No one should be surprised that Truss intends to market cannabis-infused beverages. That's been the plan ever since HEXO and Molson Coors teamed up in 2018. It's also not a shocker that Truss will roll out CBD-infused water.

The partnership with Flow Glow is a new development, though. The brand was founded by Nicholas Reichenback, who is also the CEO and founder of Flow Alkaline Spring Water. The company's current spring water products are sold in thousands of retail locations across North America.

A press release announcing a new product launch doesn't mean that the product will be successful. But the combination of Molson Coors' marketing expertise with Flow Alkaline Spring Water's current market position could improve the prospects for the new Flow Glow CBD-infused beverages.

Today was the magic day that HEXO and Truss were able to provide the required 60-day notice to Health Canada about the intention to market a new product under the Cannabis 2.0 cannabis derivatives regulations. But the new beverages announced by Truss won't hit the market until mid-December at the earliest.

Meanwhile, the big thing for investors to watch is HEXO's Q4 update on Oct. 24. We already know the numbers will be ugly. But it could provide more information that could boost investors' confidence in the company and the stock.

Investing in marijuana stocks is tremendously volatile. Sometimes, as we've seen today with HEXO, that volatility can be good. Investors should enjoy any positive news they can get.