However, one major tech company continues to see the value of its brand sink: Facebook. 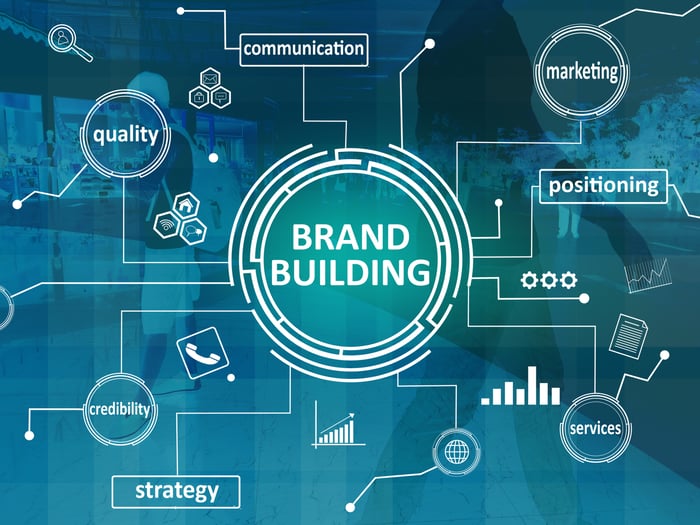 The social networking behemoth had cracked the top 10 global brands in Interbrand's 2017 rankings when it came in at No. 8. Facebook then placed No. 9 the following year as its brand value started to slip. This time around, Facebook saw its brand value fall by 12% to just under $40 billion, or No. 14 on the 2019 list.

"The age of brand positioning is over," Interbrand Global CEO Charles Trevail said in a statement. "In a world where customer expectations will continue to move faster than businesses, static brand positions and incremental change will just about keep brands in the game -- but it will take, brave, we would say 'iconic', moves, to make brands leap ahead of customer expectations and ultimately deliver extraordinary business results."

Looking further back, U.S.-based tech companies have seen their brand values march steadily higher over the years, with Amazon notably overtaking Microsoft in 2018 following an impressive 56% increase. "Customer obsession" is one of Amazon's core principles, and the company's soaring brand value shows that its execution is resonating with consumers. Amazon will even now ship $2 items with one-day Prime shipping. 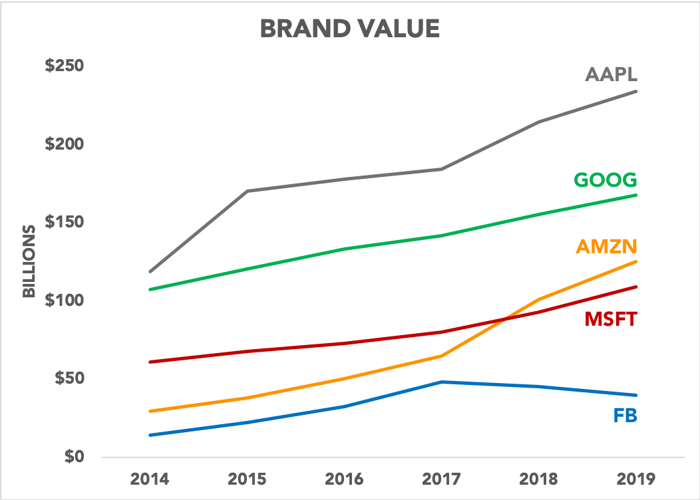 In contrast, years of ongoing privacy scandals like the Cambridge Analytica debacle (among others) have weighed on sentiment toward Facebook. Its brand value started to decline in 2018 in the wake of those revelations, and a steady stream of new controversies continues to undermine Facebook's half-baked efforts to repair its battered reputation.

In an interview with CNBC to discuss the report, Interbrand New York CEO Daniel Binns said Facebook has "obviously had a tough year." Focusing on strengthening privacy has helped companies like Apple and Microsoft. Google has its own fair share of privacy concerns, but Google's products are simply so useful that consumers are willing to accept the privacy trade-off, according to Binns.