Please ensure Javascript is enabled for purposes of website accessibility
Log In Help Join The Motley Fool
Free Article Join Over 1 Million Premium Members And Get More In-Depth Stock Guidance and Research
By Taylor Carmichael - Oct 18, 2019 at 8:05AM

The payments business is being invaded from Down Under by a company that wants you to afterpay your big purchases.

Afterpay (AFTP.F) is a fascinating financial services firm from Australia. It has declared war on credit and credit cards because millennials don't like credit. Afterpay was founded by Nick Molnar, a millennial entrepreneur, who has focused on providing his generation tools to buy things. His solution? You afterpay it. (Yes, "afterpay" is a verb now.)

Say you want to buy a $2,000 item. You take it to the cashier. If the retailer is set up with Afterpay and the software approves the transaction, you can opt to only pay $500 upfront. Afterpay pays the other $1,500.

Now you owe Afterpay $1,500. You pay it back in three installments of $500, paid every two weeks. What's the interest on the loan? Zero -- although there will be a late fee if you are tardy with a payment.

Not surprisingly, consumers love this arrangement. It gives them the financial flexibility to buy expensive things without having to pay all at once. If they have bad credit or no credit -- and a lot of millennials have this problem -- Afterpay is the perfect solution. It runs no credit checks and doesn't care about the user's credit score. 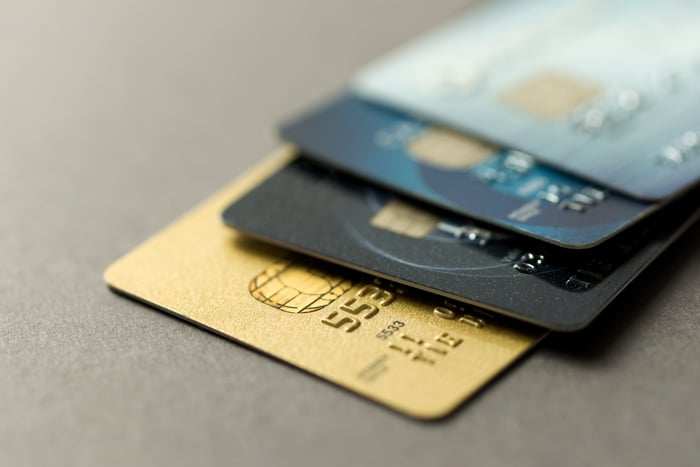 How does Afterpay make money? It charges the retailer a 4% fee for the service. And retailers are happy to pay Afterpay's fees because Afterpay inspires buying in their stores.

So far, 6,500 retailers have signed up for Afterpay's service. Among the retailers are many that U.S. shoppers -- especially millennials -- would recognize: Urban Outfitters, Forever 21, Anthropologie, Avenue, and Skechers. Afterpay has only been in the U.S. a little more than a year, and already it has more than 2 million customers here. And those 2 million people have used Afterpay to buy $1.7 billion worth of stuff.

The company's revenue growth in fiscal year 2019 was 97%. That's outstanding. And while Afterpay is still unprofitable, the company's negative profit margin for the year was only 20%. Given how fast it is growing and how large the opportunity is, it should not slow down for profitability here. Instead, it should continue doing what it is doing: maximizing top-line growth. And, of course, the market opportunity is ridiculously high: $6 trillion.

Payment stocks are amazing investments -- just think of Visa (V 2.41%), Square, PayPal. My family bought Afterpay earlier this year, and it's up about 22% for us since late April.

One warning: The stock is very thinly traded in the U.S. I believe this is because Wall Street is missing this story. Motley Fool Australia has been all over it, of course, and it's interesting to read those articles. Some Australians are worried that it's too late to buy Afterpay since the stock is up almost 1,000% on the Australian market since its 2017 IPO. For U.S. traders, the stock is up about 272% since it became available to trade in June 2018. The Australians are buying the No. 2 or No. 3 or No. 4 competitors who are all trying to imitate what Afterpay has established. 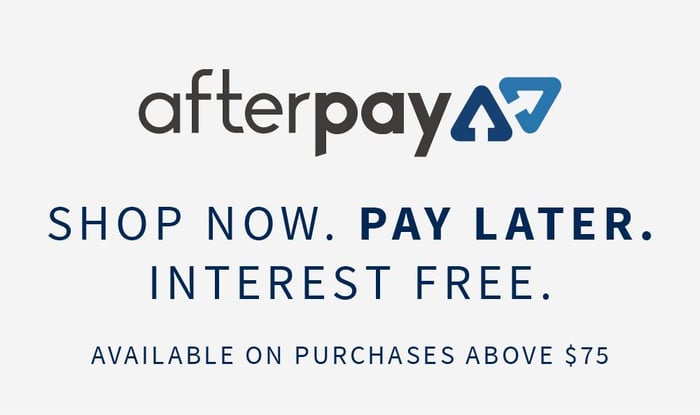 From my perspective, it's so early in Afterpay's story that most Americans have no idea what is coming. Of course, I'm sorry that I missed out on that first 10-bagger. But even at a roughly $6 billion valuation, the future is wide open. Yes, Afterpay has conquered Australia. I'm convinced it will conquer the U.S. and the U.K. as well, and for the same reasons.

While Wall Street has paid very little attention to Afterpay, Visa has certainly noticed. Who wouldn't notice that there is a fast-growing competitor undermining the whole concept of credit cards and that this competitor has taken over Australia and is heading for the U.S. and the U.K.? How do you feel about no-interest loans? Sound pretty good? Zero-interest sounds way better to me than whatever interest rate the credit card companies are charging.

To me, this is a serious problem for Visa. If Afterpay wins over millennials (as it is doing), well, that's the future. Visa has arguably validated the Afterpay model by announcing in late June that it is going to enter this business as well. Predictably, the market reacted negatively to Visa's announcement and the stock dropped. People were afraid that the massive $400 billion American company would crush the tiny upstart.

How would Visa do that, exactly? By renouncing credit and the charging of interest. But Visa is facing the innovator's dilemma. Do you ignore the young company that is upsetting your business? Or do you adopt its business model and upset your own business? I'm not sure how this will shake out for Visa. I'm sure the bad news is years down the road. Meanwhile, Afterpay and Visa have signed a collaboration agreement to work on Visa's new version of no-interest advance payments.

Ultimately, I think some large financial company like Visa or PayPal or Square, or maybe one of the big U.S. banks, will acquire Afterpay. It has a sharp business model and a wonderful brand that is beloved by its users. I hope the company will stay independent, at least for a while. I'd like to get my own 10-bagger.

3 Reasons Afterpay Could Be the Next Fintech Giant