Please ensure Javascript is enabled for purposes of website accessibility
Log In Help Join The Motley Fool
Free Article Join Over 1 Million Premium Members And Get More In-Depth Stock Guidance and Research
By Billy Duberstein - Oct 18, 2019 at 11:54AM

The streaming giant's shares rose after its recent earnings report, but investors shouldn't be celebrating.

In contrast to most of the previous decade, Netflix (NFLX 2.17%) has actually had a subpar 2019. Prior to the company's recent third-quarter report, Netflix shares were barely up on the year -- and remember, 2019 followed an epic December sell-off late in 2018. 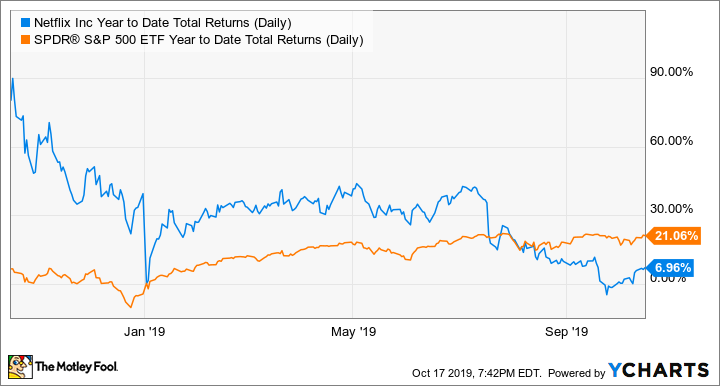 Nevertheless, the stock got a boost after the company's third-quarter report, sending Netflix shares up roughly 2.5% the next day -- though down from the 10% boost the stock initially received in after-hours trading.

The wilting enthusiasm is probably warranted. While Netflix's earnings per share handily beat expectations, this was due to muted marketing spending compared with the year-ago quarter. Revenue actually missed expectations. Usually, companies that miss revenue yet beat on EPS are punished in this market, but for some reason, Netflix got a pass this time around.

Beyond these headline numbers, there were a few other elements in this quarter's report that should make Netflix shareholders very nervous indeed. 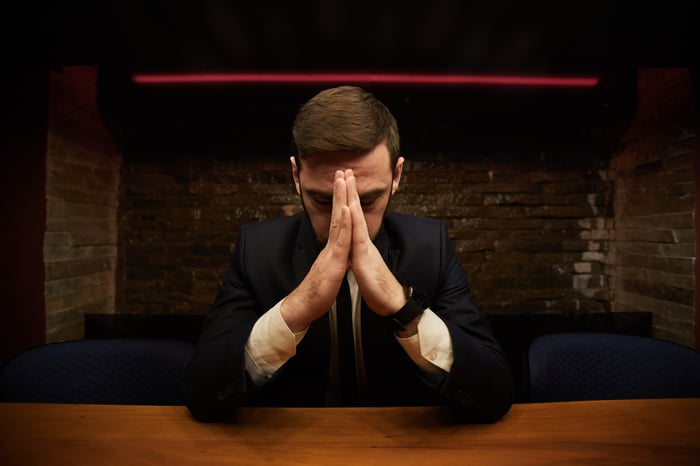 Shareholders appear to be overlooking the fact that Netflix missed its subscriber forecast for the second quarter in a row -- the first time that's happened in the last three and a half years. While the miss wasn't quite as bad as its second-quarter whiff, the 6.8 million-add quarter versus Netflix's 7 million forecast is still concerning.

CEO Reed Hastings said in the company's letter to shareholders: "Since our U.S. price increase earlier this year, retention has not yet fully returned on a sustained basis to pre-price-change levels, which has led to slower U.S. membership growth. On a member base of more than 60 million, very small movements in churn can have a meaningful impact on paid net adds."

On the one hand, Netflix's flattening U.S. subs shouldn't be that big of a deal -- after all, a business that can raise prices nearly 20% and keep a flat customer base is still a pretty great business. Yet what's worrisome is that Netflix actually had quite a few hit franchises drop in the third quarter, including the recent season of Stranger Things, the final season of Orange Is the New Black, and (my personal favorite) the second season of Mindhunter. So to see net adds underwhelm in such a strong content quarter is disheartening.

Additionally, Netflix's much-discussed streaming competition hasn't even hit the market yet. Apple's Apple TV+ and Disney's Disney+ are dropping in November, with AT&T's HBO Max and Comcast NBCUniversal's "Peacock" set to drop next year. While I think that these new platforms are mostly a threat to the cable bundle rather than Netflix, the fact that Netflix's domestic subs have been underperforming even prior to these new services coming to market is not a great sign. The competition is only going to get worse from here.

At the very least, Netflix may have trouble growing both subscribers and increasing prices at the same time -- at least for the foreseeable future. The company will still have negative $3.5 billion in free cash flow this year, so a lot of the bull case rests on Netflix's ability to both grow subs and raise prices over time. The fact that customers only seem to be allowing one and not the other should make investors nervous.

Not only is Netflix feeling the heat on the revenue and subscriber side, but the cost side is also getting worse. With well-funded rivals like Apple looking to make a splash with big hits, elite shows that were already expensive to start with are now seeing costs skyrocket even more. On the company's videoconference with analysts, Chief Content Officer Ted Sarandos said Netflix is seeing content costs for the most competitive shows rise 30% just relative to last year.

While that kind of content cost inflation isn't on every show and is unlikely to recur every year, since many competitors are all hopping into the streaming pool at once, that's still a huge increase, and it's safe to say there likely won't be any content cost deflation in the near future.

While subscriber pressure and cost inflation are reasons for caution, Netflix still does have some strong competitive advantages. As you might notice, I still maintain a position in Netflix -- though it's very small compared with my other allocations in large tech names.

There was also some reason for optimism on the call -- mainly, the company's international net adds beat expectations, coming in at 6.3 million versus the forecast of 6.2 million. That international growth is currently Netflix's saving grace, where it still maintains a big lead over the incoming competition and still has a massive untapped market opportunity.