The trade war might be cooling off as tensions between the United States and China have seemingly de-escalated in recent weeks. China is the United States' largest trading partner, and many Chinese stocks have suffered over the last year and a half.

As trade talks have resumed, there is a possibility for these stocks to recover and even reclaim their record highs. Here, we look at two Chinese companies -- NetEase (NASDAQ:NTES) and iQiyi (NASDAQ:IQ) -- that generate almost all of their revenue in China and are part of attractive, high-growth markets.

NetEase is a leading gaming company, publishing titles for both PC and mobile applications. According to research firm Newzoo, NetEase is the seventh-largest gaming company in the world by revenue. Its popular releases include Knives Out, Identity V, and Tianxia 3. 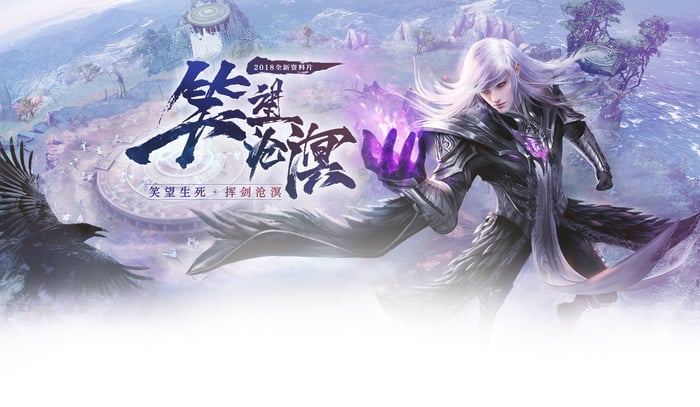 With over 100 mobile games in its portfolio, mobile gaming sales account for 72% of total gaming revenue for Netease. The company is also now licensing mobile games from international publishers like Activision Blizzard.

NetEase has partnered with Blizzard to publish popular titles such as World of Warcraft, Overwatch, and Hearthstone in China. According to one Niko report, Overwatch has sold about 10 million copies in the country. The partnership with Blizzard will extend until Jan. 2023.

The company is now launching mobile games in overseas markets providing it with a huge opportunity to expand its revenue base. Knives Out is very popular in Japan, while Identity V was a top three game on iOS in Japan during the June quarter.

Though gaming accounted for 60% of sales in 2018, NetEase is also gaining traction in other business segments. Its e-commerce business accounted for 29% of sales last year. This includes the Kaola platform and the company's private-label brand Yanxuan, though Kaola was recently acquired by Alibaba for $2 billion. The tech giant further invested $700 million for a minority stake in NetEase Cloud Music.

NetEase is also diversifying into segments such as internet media, which includes NetEase News, one of the most popular news apps in China. Meanwhile, the innovative business segment includes online education and cloud music, and NetEase's Youdao is a leading education platform in China with 100 million monthly active users.

While NetEase is looking to diversify revenue, its growing relationship with Alibaba, one of the country's leading tech companies, bodes well for sustainable long-term growth and expansion.

iQiyi, often considered the "Netflix of China," is one of the leading online entertainment service providers in the country. It generates revenue via online advertising, subscriptions, and content distribution.

Baidu actually spun off the company in March 2018 at $18 per share. The stock enjoyed a breathtaking run to over $40 in just a few months' time before escalation of the trade war and a slowing Chinese economy dragged the stock back to current trading levels around $16.

The number of streaming customers in China is still lower than traditional pay-tv subscribers, but this is set to change over the course of the next decade as cord-cutting in China will drive subscription numbers higher. The company is optimistic about reaching 120 million paying subscribers by the end of 2019, up from 100 million at the end of the June quarter.

Similar to Netflix and other streaming peers, iQiyi is also increasing spending on original content in order to gain traction in China's booming streaming space. According to Statista, China's online streaming market is estimated to reach $112 billion in 2020, up from $68 billion in 2018.

But iQiyi's future model is less Netflix and more Disney as it has plans to build a comprehensive entertainment ecosystem that will include comics, novels, and online games. Similar to NetEase, iQiyi is looking to diversify its product portfolio and expand its customer base.

With a massive addressable market, iQiyi still has plenty of room to run as revenue came in at just $3.7 billion in 2018. That top line figure is set to grow at over 20% annually over the next five years, according to estimates from S&P Capital IQ. However, as with many high-growth stocks, positive earnings are still several years out for the company.

Chinese stocks remain vulnerable in a slowdown or if the trade war escalates again. But companies like NetEase and iQiyi benefit from China's protectionist policies and negligible competition from global peers.

Gaming giants, including Activision and Electronic Arts, have to partner with a Chinese company to publish their games in the region. Netflix, Amazon Prime Video, and other streaming services are also banned in China, providing free reign to iQiyi as it invests in content and grabs streaming market share.

All in all, the gaming and streaming industries are set to experience solid growth over the next decade. Add to that tailwind the sheer size of China's economy and the rapid growth of its middle class, and NetEase and iQiyi make for solid, long-term picks.