When it comes to investing in IPOs like Beyond Meat safely, don't forget to factor in the Unlocking of the Shares.

It's pretty much always a bad idea to invest in a stock on the day of an IPO. Useful information is scarce, so it's a bit like investing in the dark.

What's the market cap? You might have to do your own math. Also, you want to avoid hitting the "market price" button when buying shares from your broker. You think your broker is a nice guy, and then you hit "market price" on IPO day and start making statements like, "I paid what?"

I never buy on the first day; I wait for the excitement to cool down. In a lot of cases, the stock will probably get cheaper, and a better deal will become available.

However, there's another day you have to watch out for in a publicly traded stock's early life. It's a day that is usually about 180 days after the IPO. This day is often called the Unlocking of the Shares: when all the company insiders and private-equity insiders can sell their restricted shares for the first time. Trading shares then can seem like that scene in Caddyshack when all the caddies get special permission to swim in the country club pool for 15 minutes. You don't want to be in the pool when that happens. 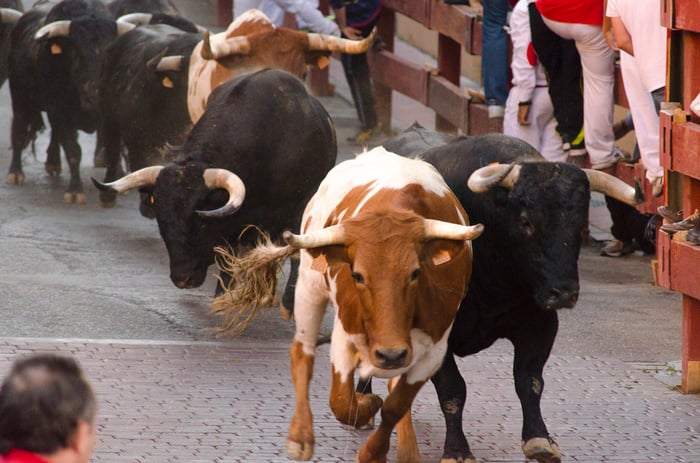 I mention this because, on Oct. 29, Beyond Meat (BYND -5.75%) is unlocking 9,625,000 shares. That is potentially $1 billion worth of Beyond Meat stock that could potentially go on sale for the first time. Beyond Meat is currently valued at about $6.6 billion. If 9 million-plus insider shares go on sale at the same time, do you know what the market cap would be? I don't know, that's why I'm asking. If you know the answer, please let me know. And I would like to see your math. Yes, bad math, like unknown variables, can be fear-inducing.

Roughly 20 years ago, I invested in a company called Internet Capital Group. It's not trading on the Nasdaq anymore, because it doesn't exist anymore. Let's just say I am never investing in a B2B incubator ever again. I pity the salesman who tries to sell me a B2B incubator. I mention the Internet Capital Group because I bought the stock right after the IPO, and it turned into a 10-bagger in a couple of months (well, maybe three or four months). It was really quick. There were articles about how crazy it was. And I was feeling like Scrooge McDuck, taking a bath in my newly acquired coins. It was awesome. I even took a little profit. Which was good, because right after that came the Unlocking of the Shares.

Do you know how many times a $60 billion company can lose 50% on its valuation? A lot. And the shorts were piling on. And investors were starting to panic. And I was like Kevin Bacon's beleaguered ROTC character in Animal House, urging a rioting mob at a parade to "Remain calm! All is well!"

I am not a math major, but I can tell you that if you lose 50% enough times, sooner or later, you will have lost 99% of your money.

Around that same time, Amazon (AMZN -1.13%) lost 90% of its value, too. Holding on to Amazon then turned out to be a brilliant strategy. Maybe in a parallel universe, holding on to Internet Capital Group was a smart thing to do. The horrible thing is that, when I read up on it now, the company concept still sounds like a great investment idea. "It's just like Kleiner Perkins!" Except, you know, not as good.

For most companies, the Unlocking of the Shares is a minor bump in the road. But sometimes that bump is an indication that big potholes are straight ahead. Uber (UBER -2.48%) has 180 million shares unlocking in November. That may or may not be $5.7 billion worth of Uber stock hitting the market.

Stock inflation is a thing, that's all I'm saying. You may or may not want to imagine a bunch of Uber drivers/shareholders who want their money and want it now. I'm not calling Uber drivers a bunch of caddies. But on a bad unlocking day, you might think up some worse words.

Hey, maybe Kevin Bacon was right. Did you ever think of that?

Got $3,000 and Under 30? Investing in These Growth Stocks Could Make You Rich

Why CrowdStrike, DocuSign, and Beyond Meat Stocks All Dropped Today

Why Roku, Plug Power, and Beyond Meat Stocks Popped Today