There has been good news and bad news for Centene (CNC 2.80%) this year. The health insurer reported strong second-quarter results in July. But its share price has dropped like a brick throughout much of 2019.

The company announced its third-quarter results before the market opened on Tuesday. This time, there was plenty of good news for investors. Here are the highlights from Centene's Q3 update. 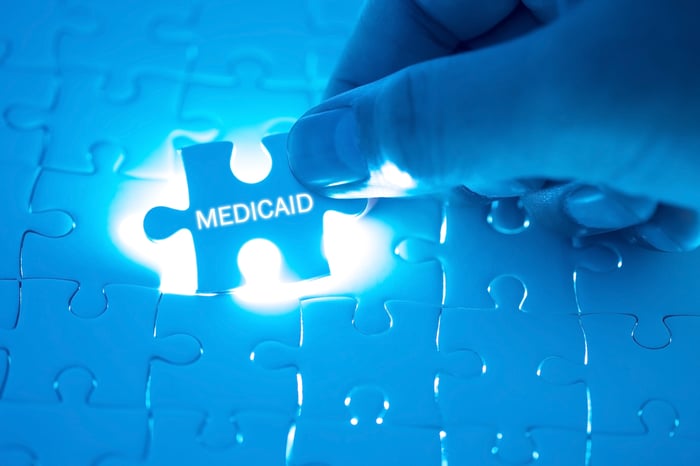 The company posted net income in the third quarter of $95 million, or $0.26 per share, based on generally accepted accounting principles (GAAP). This was a major improvement upon Centene's result in the prior-year period, when the company announced GAAP net income of $19 million, or $0.05 per share.

Centene announced Q3 adjusted net income of $0.96 per share, compared with $0.89 per share in the same period in 2018. This narrowly beat the average analysts' earnings estimate of $0.95 per share.

The steady rise in revenue stemmed in large part from growth in the Health Insurance Marketplace business. This included new programs in states including Arkansas, Illinois, Iowa, New Mexico, and Pennsylvania. In addition, Centene's review increased from its recent acquisition of Spanish healthcare company Ribera Salud.

Centene's bottom-line improvement looked even better than its revenue growth for a simple reason: Costs rose more slowly than revenue did. One big factor was that the company spent significantly less on selling, general, and administrative expenses than it did in the prior-year period.

Other notable developments for Centene subsequent to the end of the third quarter included:

CEO Michael Neidorff stated that Centene will continue to "further enhance our leadership position in government-sponsored healthcare." One key part of making that happen is the company's pending merger with WellCare Health Plans.

Any investor who follows healthcare stocks knows that such big deals can run into roadblocks with regulators. But Centene should be helped by a deal where Anthem will buy WellCare's Medicaid plans in Missouri and Nebraska. This divestiture should help clear the way for Centene's merger with Wellcare.