Yes, the printed word can still have an effect on stocks, even in the 21st century.

Long-term investors who believe in a company and aim to hold its stock for years shouldn't get too spooked about short-term developments. Like people, publicly traded companies have bad days and make mistakes, and as nonprivate entities, they can be hit by criticism from pundits and the investment community.

As investors, though, we always have to determine whether these mistakes and criticisms relate to correctable errors or are signs of deeper problems with management and/or operations. With that firmly in mind, let's go over two stocks that traded down on Monday due (at least partially) to recent news. 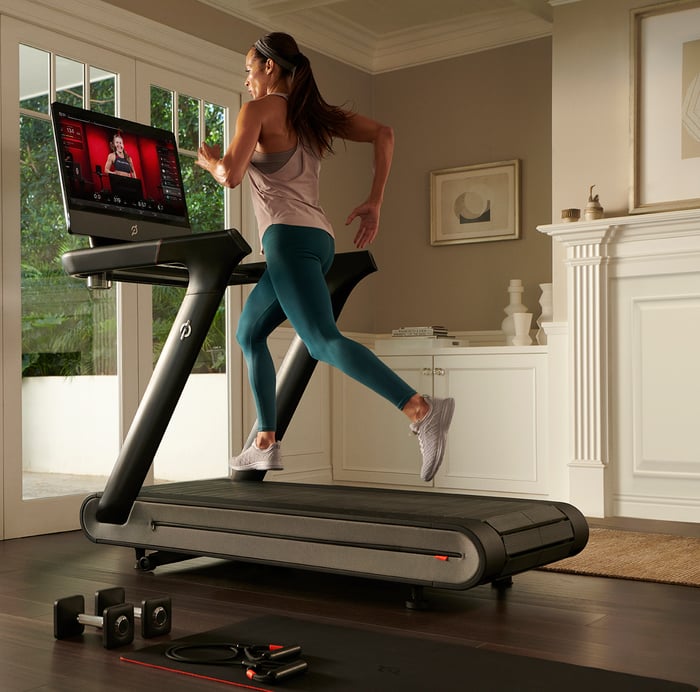 Although exercise tech company Peloton Interactive (PTON -5.48%) isn't exactly new to the stock market -- the consumer goods stock had its IPO nearly a month ago -- some investment banks are just now getting around to formally evaluating it.

On Monday, a host of those banks released recommendations on Peloton stock. These were overwhelmingly positive. According to an article in Investor's Business Daily, there were "at least" 17 new research reports, 16 of which carried buy recommendations. The outlier is MKM Partners, which initiated coverage of the stock with a neutral.

It's interesting that the stock fell on Monday (by more than 5%) in reaction to this. Perhaps the more negative notes in the various reports hit home with investors who are on the fence with the company.

Goldman Sachs, in spite of its very positive outlook on the stock, pointed out that Peloton is unprofitable and likely to remain so for several years. That less-bullish analysis from MKM Partners opines that if the U.S. economy dips into recession, the fitness sector, in general, could be hit hard (stationary bikes and exercise classes are far less essential to our survival than, say, food and rent).

I think this dip might be a good opportunity to grab Peloton stock at a bit of a discount. Yes, profitability is a concern, but this is par for the course for a young-ish, tech-forward operator. I like the company's well-designed combination of hardware and class subscription sales and its relatively light debt load.

Peloton is unique, and it operates in a segment that's hot and probably more recession-proof than certain analysts assume, given Americans' fetish for staying fit. I think it has good potential to succeed.

Certain people might complain about the mainstream media, decrying its product as "fake news." Regardless, major publications can still carry significant weight. One recent example of this is an explosive article published in Vanity Fair last week about a set of large and suspicious trades transacted through CME Group's (CME 0.48%) flagship Chicago Mercantile Exchange (CME).

The report details several trades in futures contracts tied to the S&P 500 index dating from June. All were made in the closing minutes of the Exchange's trading day, and all made gobs of money when certain world events in Asia and the Middle East either propelled the markets higher or plunged them lower the following day. The size and timing of the trades strongly imply that they were made with insider knowledge of some kind.

The article did not make a stab at identifying the people or organizations behind the trades. It also did not directly implicate the CME Group and its operations. When contacted by Vanity Fair, according to the article, "a spokeswoman for the CME says the trades in question did not originate from a single source and they were of no concern."

Friday night, CME Group released a tersely worded statement that basically mirrored what the company told the magazine. This rather weak and quite late official response seems to be the reason for CME Group's 3%-plus stock price slide on Monday.

When a controversy brews in one of their companies, investors like to see a fast, decisive response. It also helps if the business in question indicates it might be doing something about the problem. CME Group's brief communication satisfied none of these conditions.

I've been bullish on CME Group for some time; I think it's an effective operator of its various exchanges, and it pays a sustainable dividend that's generous for the miserly finance sector. However, there is much we don't know about this controversy, including CME Group's role in it. My view on the stock has turned bearish on this. I feel this is a wait-and-see situation until we learn more about those trades.

3 Extra-Special Dividend Stocks You Should Know About

5 Stocks Growing Their Dividends by 20% Per Year