Please ensure Javascript is enabled for purposes of website accessibility
Log In Help Join The Motley Fool
Free Article Join Over 1 Million Premium Members And Get More In-Depth Stock Guidance and Research
By Daniel Foelber - Oct 23, 2019 at 6:08AM

The energy sector can be a confusing and difficult arena for investment. That's why it's important to choose companies that communicate openly to their shareholders and display a balance of prudence and ambition. ConocoPhillips (COP -0.38%), Royal Dutch Shell (RDS.A), and Kinder Morgan (KMI -0.82%) are three completely different energy companies that all have an ingrained devotion to performance, communication, and sustainability that will let you sleep at night while carrying your portfolio to victory. 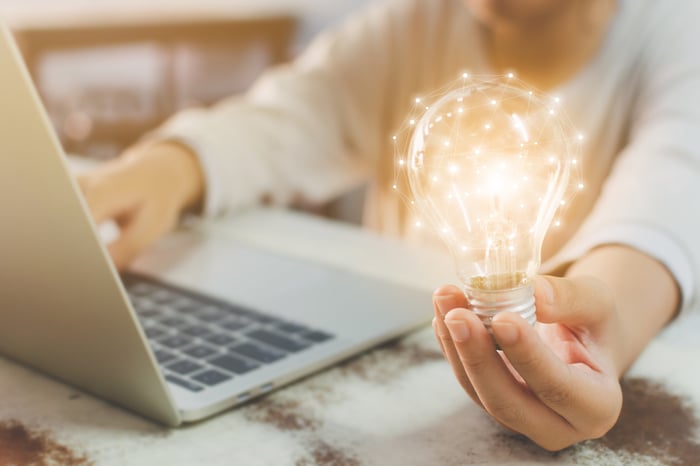 ConocoPhillips was once considered an oil and gas supermajor before spinning off its downstream and midstream assets in 2012. Today, ConocoPhillips is a $60 billion company focused exclusively on the upstream side of oil and gas. It is one of the largest exploration and production companies in the world.

ConocoPhillips has a history of patience and efficiency despite whatever direction the herd is going. For example, ConocoPhillips has very few Permian assets compared to other upstream producers. Instead, the company is focused on reducing its average cost per barrelacross several global assets. ConocoPhillips has a diverse portfolio across Alaska, Canada, the United Kingdom, the lower 48 United States, Indonesia, Norway, Qatar, and Malaysia. All in all, it means 1,290 to 1,330 million barrels of oil equivalent per day (MBOED) for Q3 2019 guidance, representing 8% production per debt-adjusted share growth or 5% underlying growth. ConocoPhillips now offers a dividend of more than 2% with a mere 8.65 P/E ratio.

The first thing that makes Shell a great investment is the company's clarity. For example, Shell discusses its overall business as well as specific projects during earnings calls. Shell's Q2 2019 earnings were "lower than recent levels of profitability and were mixed across the businesses...our Q2 results reflect lower realized oil, gas and LNG prices. We've also seen weaker industry conditions in Downstream, particularly in refining and even more so in petrochemicals," said Shell CEO Ben van Beurden on the company's call.

Notice that the CEO holds nothing back and remains fully accountable for disappointing earnings results. Van Beurden goes on to say: "We have seen these types of declines and in subsequent recovery before in oil and gas, but definitely also in refining and chemical margins. And our strength is the ability to see the macro headwinds and to respond appropriately."

Shell is arguably the best-integrated oil and gas company for generating cash flow as well as leading sustainability. Out of all the supermajors (Shell, BP, Total, ExxonMobil, and Chevron), Shell has the lowest P/E ratio at 11.54 and the highest levered free cash flow  at $22.64 billion and is tied with BP for the highest dividend yield at a whopping 6.6%.

One of shell's three strategic ambitions is "to thrive in the energy transition by responding to society's desire for cleaner, convenient and competitive energy." The company is doing just that with projects like Pearl GTL, which is the world's largest gas-to-liquids plant. Pearl GTL produces cleaner-burning liquids like transport fuel. Prelude FLNG  is a facility that allows access to offshore gas fields that would otherwise be unreachable from a cost perspective. LNG Canada  is one of four projects on Shell's to-do list. The project will feature liquefied natural gas (LNG) liquefaction and export facilities on the west coast of Canada capable of producing 14 million tonnes per annum from the first two liquefaction trains, with the potential to expand up to four trains.

Shell's projects achieve lower emissions due to their size and scale. The company is known for its calculated and deliberate planning, as well as for its track record of executing projects unprecedented in scale, scope, and cost. In sum, Shell is a well-priced company that is doing the right thing when it comes to its business operations and sustainability.

Kinder Morgan is one of the largest midstream oil and gas companies in the United States. Headquartered in Houston, the company has donated extensively to the city and is committed to doing business "the right way, every day." "We recognize that operating thousands of miles of pipelines and hundreds of terminals across North America is a huge responsibility. To protect the public, our employees and the environment, Kinder Morgan invests millions of dollars each year on integrity management and maintenance programs to operate our assets safely," says the company's website.

In terms of projects, Kinder Morgan is riding the tailwinds of the Permian Basin boom. The company is slated to be the leader in Permian gas transportation out of West Texas upon completion of two major pipelines, the Permian Highway and the Gulf Coast Express. Together, the pipelines will cost $3.7 billion and move nearly 4 billion cubic feet of natural gas per day along hundreds of miles of pipe from the Permian to the Gulf Coast.

Too often, investors focus solely on returns that lead to stress over outperformance and short-term volatility. ConocoPhillips, Shell, and Kinder Morgan will tell you what they're doing, why they're doing it, and what it means for you as an investor. They will also show you on their detailed investor relations websites. Stellar track records and below-market valuations make all three stocks excellent long-term drivers of shareholder value while also letting you sleep at night.

They are the epitome of investor wellness and provide much-needed balance for any portfolio.