Amazon.com's (NASDAQ:AMZN) popular virtual assistant Alexa has long been able to deliver the news using a slew of third-party Skills, but the e-commerce juggernaut is taking its news strategy a step further. Starting this week, Amazon has begun rolling out a new News app for Fire TV that will aggregate information from many outlets. Users will be able to customize the topics and channels that they prefer.

The News app will also contribute to the tech giant's booming advertising business. 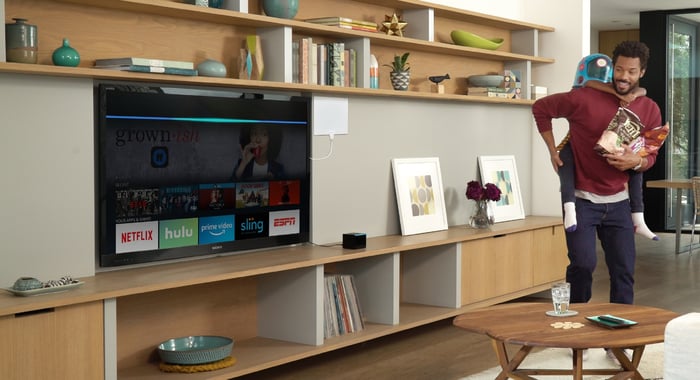 Once the News app is installed on a Fire TV device, users can pick which outlets and content categories they want to follow. Users simply ask Alexa to "play the news" to launch the app, which will include live news from outlets including HuffPost, Reuters, Cheddar, Bloomberg, CBS News, and Verizon's Yahoo! properties, among others. There will even be a couple of live news channels, with more coming "before the end of the year." 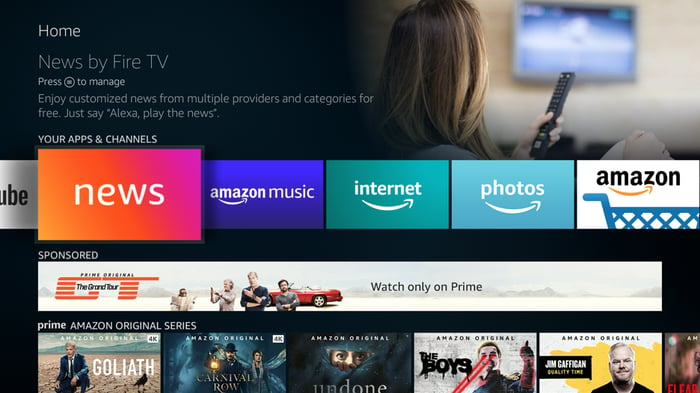 Many high-profile outlets like The New York Times and The Wall Street Journal are noticeably absent, which isn't too surprising since securing that content often entails complex negotiations. The Times had announced a handful of new Alexa Skills earlier this year as part of its efforts to expand on the platform, although those "flash briefing" Skills are largely audio-only experiences.

The News app is available for free with no download or subscription required. Naturally, that means that Amazon will monetize the engagement with ads. The company will also bring the News app to Fire tablets in the near future, with preferences syncing across devices.

Amazon's Fire TV audience is bigger than you think

Fire TV is actually one of the largest streaming platforms out there. Amazon said in September that Fire TV now has 37 million active users globally, making it larger than Roku (30.5 million active accounts as of the second quarter) and Hulu (28 million subscribers as of May).

Amazon's platform is also growing faster: Fire TV started the year with around 30 million active users, so Amazon added approximately 7 million users over the course of nine months. Roku added 3.4 million active accounts in the first half of 2019. One key difference is geographical reach, as Amazon sells its streaming devices in numerous markets around the world, while Roku is primarily a U.S.-centric business. Amazon says its Fire TV family is No. 1 in regions like the U.K., Germany, India, and Japan.

Amazon is expected to generate $11 billion in ad revenue this year, according to eMarketer. The company continues to grow its search ad market share, while introducing new ad-supported services like IMDb TV and growing its popular Twitch live-streaming platform. Adding an ad-supported news aggregation service to the mix is just the latest in the segment's evolution.