A Comparison between two battered but promising chemical titans.

Industrial chemical companies are getting leaner and meaner in an effort to streamline their businesses and focus on efficiency. Sociedad Quimica y Minera de Chile SA (SQM 0.24%) and Dow Inc. (DOW) have been reborn thanks to key changes in their structure. Ever since spinning off from DowDuPont, the new Michigan-based Dow is laser-focused on supplying high-volume commodity chemical products like silicone and polyethylene. Sociedad Quimica y Minera, commonly known as SQM, is headquartered in Chile and is one of the world's largest suppliers of lithium. With earnings coming up for Dow on October 24 and SQM on November 20, it's the perfect time to see which company is the better buy.

SQM has been on a wild ride for the past three years.

Starting in 2016, lithium emerged to dominate SQM's asset portfolio, bolstering the stock over 50% in just one year. Since the end of 2016, shares of SQM have been flat, peaking around $60 in Oct. 2017 before falling to around $27 where shares trade today. The stock is down nearly 50% year-to-date. Before 2016, the company's specialty plant nutrition division made up around two-thirds of gross profit, aside from a spike in iodine profit in 2011 and 2012. Today, the specialty plant nutrition division makes up just 24% of SQM's gross profit.

SQM's transition to lithium has been a double-edged sword. Lithium demand has soared due to anticipated use in electric vehicles, conventional batteries, technical-grade products like glass and grease, and lithium derivatives. SQM anticipates the average compound annual growth rate of lithium demand to be 16% to 20% between 2019 and 2024.

That said, SQM's lithium segment suffered a 25% decline in revenue in the first half of 2019 compared to the same period in 2018. That decline was largely the result of a growing number of lithium suppliers coupled with China decreasing subsidies for its growing electric vehicle market. Management doesn't seem too phased.

"Demand for electric vehicles in China could grow about 33% this year when we compare to last year," said CEO Ricardo Ramos during the company's recent conference call.

Although hopes are high, SQM has tethered its earnings to lithium, a risky and highly commoditized market with a growing number of suppliers that have resulted in squeezed margins. Although SQM could make it big, investors need to understand the company's history and realize just how much of a lithium play the stock is at this point. 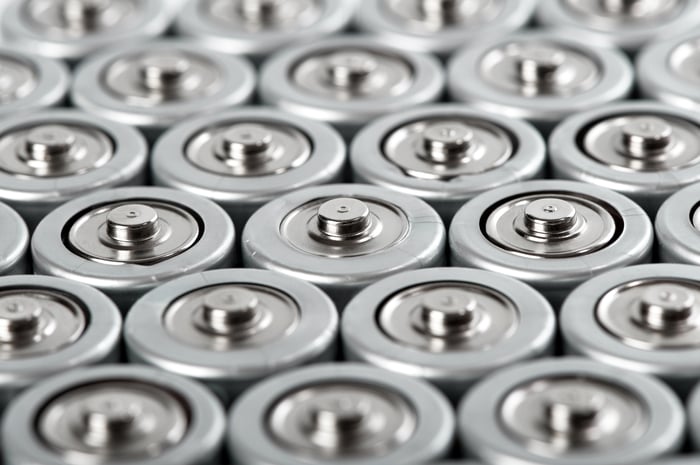 Like SQM, Dow's businesses are tied to commodity prices. Dow had a rough second quarter in 2019 due to margin compression in polyethylene, isocyanates, and siloxanes. The cyclical nature of Dow and its tethering to feedstocks and global trade makes the company vulnerable to the volatile commodity prices and trade tensions that have plagued the market of late.

From the above chart, you can see that Dow suffered some serious margin compression, most notably from its industrial intermediates and infrastructure division, which fell from 12.6% to 4.6%. "In the quarter, we faced margin compression in our intermediate products in both our core business and equity earnings. However, we achieved demand growth in packaging applications, supported by new capacity on the U.S. Gulf Coast," said CEO Jim Fitterling. But commodity prices are out of Dow's control. The important thing to understand is the company is doing what it can with what it can control.

"We delivered more than $175 million of savings from cost synergies and stranded cost removal. We also moved quickly to further tighten our expense and capital spending in response to the macro environment", said Fitterling.

Dow was able to achieve higher cash flow from operations, maintaining a 9.6% operating earnings before interest and taxes (EBIT) margin and earning $0.86 a share. The stock's recent decline and $3.54 in estimated 2019 earnings give Dow a 2019 P/E ratio of just 12.7.

Dow gets the edge

Both Dow and SQM have seen their stocks fall to bargain prices, but Dow garners more investment consideration. Although it has more debt than SQM, the company is an earnings behemoth able to pay a $2.80-per-share dividend that's currently yielding over 6%. That dividend represents just 69% of Dow's earnings, meaning the company has plenty left over to buy back shares and pay down debt.