Shares of Six Flags (NYSE:SIX) were in free fall today -- and not in a fun way. The stock tumbled after the theme park operator turned in an underwhelming earnings report for the third quarter, its peak period, as profits and earnings were essentially flat from a year ago. The stock was down 11.9% as of 12:52 p.m. EDT on Wednesday.

Revenue ticked up 1% to $621.2 million in the period, which was below expectations of $644 million. Attendance was up 3% to 14 million, but spending per guest was down 1% and revenue from sponsorships, international agreements, and accommodations fell 26%, in line with the company's expectations. Per-guest spending declined in part due to higher attendance from its Active Pass base, a sign that the membership program is driving a boost in guest visits. 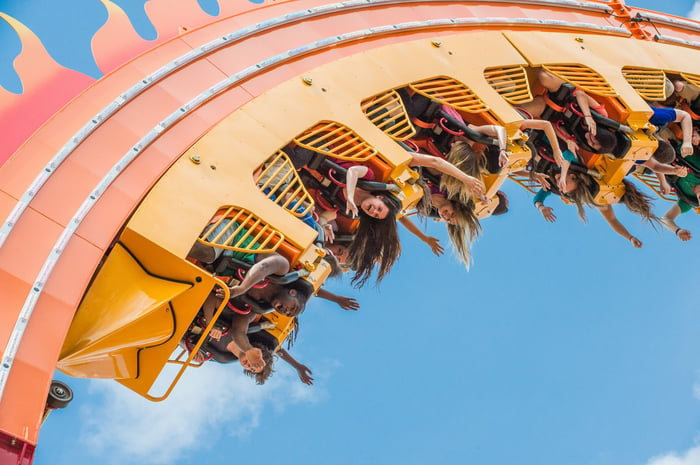 On the bottom line, earnings per share fell 2% to $2.11, primarily due to a change in state tax law. That figure also missed analyst estimates at $2.31.

Despite the weak performance, CEO Jim Reid-Anderson sounded positive, saying, "We were pleased to achieve record attendance and revenue for the first nine months of 2019, with solid growth across both our legacy and newly acquired parks."

More than 40% of revenue comes from the third quarter as its theme parks are seasonal businesses, with cold-weather parks shutting in the winter.

Reid-Anderson also shot down rumors on the earnings call that his company was considering buying rival Cedar Fair, which seemed to contribute to the sell-off.

Management did not offer guidance in the press release, but its lack of growth seems like a bad sign in a strong economy where consumers are spending and competitors like Disney have seen strong growth in their theme parks. Disney in particular has been able to pass along price increases and grow attendance through new Marvel and Star Wars attractions.

Roller coaster aficionados, it seems, may be choosing to visit Six Flags' deep-pocketed competitors instead.