The industrial specialist reacts to external headwinds and shaves its full-year earnings-per-share guidance.

It seems that pressures from tariffs, foreign currency swings, and a weaker growth environment are catching up to tool manufacturer Stanley Black & Decker (SWK -1.28%). On Thursday, the large-cap industrial concern reduced its full-year earnings outlook alongside a release of relatively healthy third-quarter 2019 results. Let's check in on the company's financial highlights below; note that comparative numbers refer to those of the prior-year quarter. 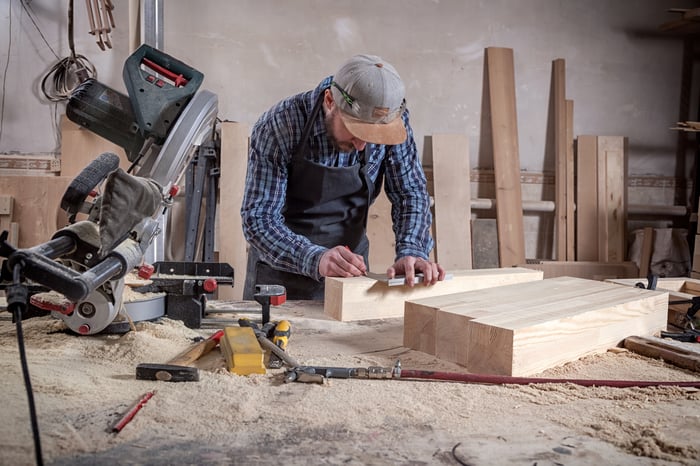 A revised estimate framework for 2019

The primary factors behind the external volatility mentioned by Stanley's management are tariff impacts, foreign currency effects, and cost inflation. In combating these headwinds and incurring restructuring charges in both this quarter and the upcoming fourth quarter, Stanley Black and Decker reduced its full-year earnings per share (EPS) outlook on Thursday.

Management noted that the revisions incorporate an expected $55 million in incremental tariff and foreign currency cost pressure in 2019, as well as a reduction in Stanley's full-year targeted revenue growth rate from 4% to a band of between 3.5% and 4%.

Management's comments on the adjusted outlook

In Stanley Black & Decker's earnings press release, CFO Donald Allan provided some context to the earnings revisions, noting that the company has performed well so far this year despite the unfavorable environment. He also addressed the company's positioning as we head into 2020:

Our 2019 guidance now incorporates $445 million of externally generated input cost headwinds while continuing to reflect our delivery of above-market organic growth of 3.5%-4% and low-single digit adjusted earnings-per-share growth. This will be a strong end to the year, especially given the magnitude and timing of the input cost moves, as well as the current market demand environment.

As we shift to 2020, we believe we are taking the appropriate actions to protect our margins and our competitiveness while once again positioning the business for EPS expansion. We will continue to execute our playbook to take price, optimize our global supply chain and adjust our cost structure through the actions announced today and generate significant value with our margin resiliency program.

Investors are still absorbing the implications of the earnings tweak despite management's confident outlook. As of midday on Thursday, Stanley Black and Decker shares were trading down roughly 4% from Wednesday's close.