Shares of American Airlines Group (NASDAQ:AAL) gained altitude on Thursday after the U.S. airline reported third-quarter results that came in ahead of expectations. The airline has been hard hit by the grounding of Boeing's 737 MAX and ongoing labor woes but appears to be managing through the issues.

American shares traded up more than 5% at the open before falling back somewhat.

Before markets opened on Thursday, American Airlines reported third-quarter earnings of $1.42 per share on revenue of $11.9 billion, beating the consensus earnings expectation by $0.03 per share on revenues that were in line with forecasts. Chairman and CEO Doug Parker said in a statement that the airline is "pleased" with the report. "However, we know that our results should have been better." 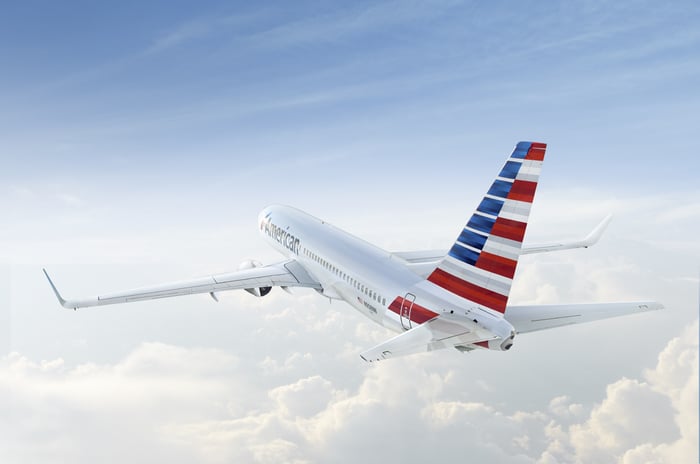 Specifically, Parker mentioned the impact of the continued grounding of the 737 MAX and "operational challenges resulting from ongoing labor contract negotiations" as factors eating into results.

Without the 737 MAX, American has had to extend the flying lives of older, less-efficient planes, including two Boeing 767s and some Embraer E190s that were scheduled to be retired in 2019. That in turn is leading to higher costs. American reported third-quarter unit revenue up 2% but nonfuel unit costs up 4.8%, with profit negatively impacted by the 737 MAX by about $140 million.

American is also getting serious about paying down its industry-high debt burden, saying it expects adjusted debt to fall by upward of $4 billion over the next two years and by up to $10 billion over the next five years. That should help ease some of the biggest concerns lingering over American Airlines shares, as investors are loath to see an airline saddled with high debt heading into a potential economic slowdown. 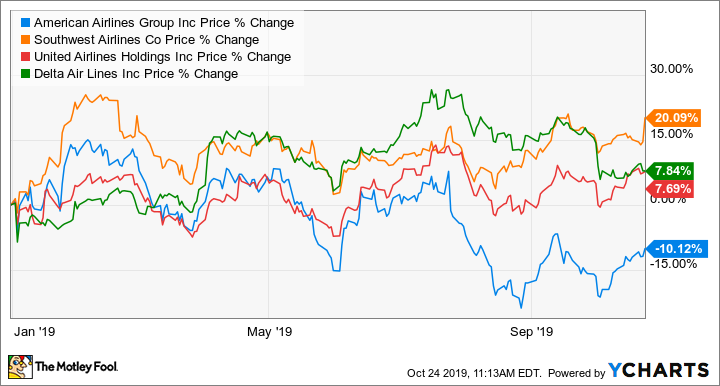 Shares of American Airlines have been poor performers among major airline stocks so far in 2019, weighed down by the airline's numerous challenges. American's third-quarter results illustrate both how great those challenges are and how hard management is working to navigate through them.