A tech stock, a restaurant stock, and an entertainment brand known around the world made this list.

Revered investor Peter Lynch wrote in One Up On Wall Street that "To come out ahead, you don't have to be right all the time, or even a majority of the time." He famously stated that an investor really only has to be right 60% of the time to beat the market in the long run.

Since all investors will have losers in their portfolio, what matters more than anything is centering your portfolio around solid core holdings in a variety of different sectors. Adobe (ADBE 0.66%), Disney (DIS -1.38%), and McDonald's (MCD -0.54%) are three completely different companies that together offer the building blocks for growth and value. 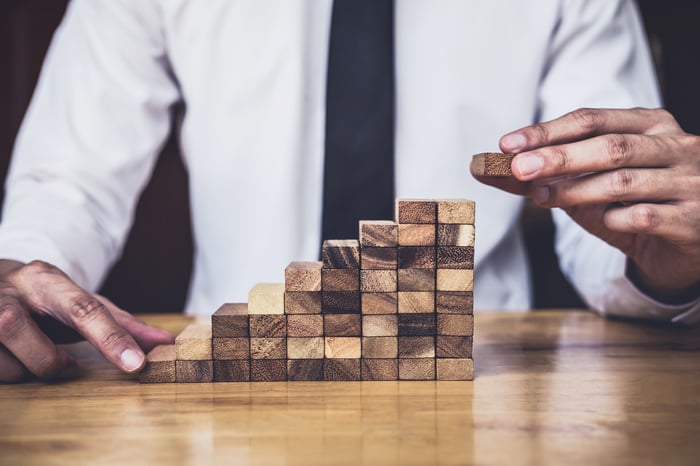 One of the first tips you'll hear in investing is to find a company whose operations are resilient, if not impenetrable, to the competition. Look no further than Adobe. Seven years ago, CEO Shantanu Narayen repackaged Adobe's products into an all-encompassing suite called Adobe Creative Cloud. For $80 a month or $360 per year, Creative Cloud is the industry standard for graphic design. Adobe's subscription model is used by over 12 million paying subscribers. The stock recently blasted through an all-time high of $310 per share before falling to around $270, where is trades today.

Adobe benefits from many of the tailwinds driving the economy. The rise of software as a service, the gig economy, and increased use of digital design, digital media, and digital marketing are all reasons its total addressable market is essentially unlimited. The company caters to the largest corporations, creative college students, and everyone in between. It's incredibly efficient as well, with operating margins at 28% and minimal debt of $4.1 billion almost entirely offset by $3.6 billion in cash.

Lately, everyone's been talking about Disney+, the company's streaming service that's being launched Nov. 12 starting at $6.99 a month. But what about Disney's films? It is dominant at the box office. Disney's Avengers: Endgame, the live-action Lion King, Toy Story 4, and Captain Marvel, in that order, are the four top-grossing movies year-to-date in 2019. Its Aladdin ranks sixth. Together, the five movies have raked in over $2.6 billion in sales.

Disney has built what is quite possibly the most dominant and influential entertainment powerhouse of the 21st century. It owns ABC, Marvel, Lucasfilm, Twenty-First Century Fox, Touchstone Pictures, an 80% stake in ESPN, and more. Between entertainment and its famous theme parks across the globe, the company makes so much profit that although the stock is up around 20% in 2019, it maintains a below-market-average P/E of just 17.

Despite Disney's box-office dominance, its studio entertainment division made up less than 20% of its astounding $21 billion in Q3 revenue.

Yes, those numbers are correct. The studio entertainment division was up 33% despite facing difficult comparisons thanks to Black Panther, Avengers: Infinity War, Solo: A Star Wars Story, and Incredibles 2 benefiting the year-ago quarter. The success of its movies creates a strong base for the Disney business and this is a stock that should at least be on your watch list.

McDonald's has come a long way since the 2004 documentary Super Size Me hurt its public image. The company's "Velocity Growth Plan" has vaulted shares up a market-crushing 60% since its introduction in March 2017. The plan is centered around retaining and regaining customers and getting people to drop in more often. The plan mentions regaining lost customers "by improving the taste and quality of our food, enhancing convenience and offering strong value" and "converting casual customers to more committed customers with coffee and snacks."

If you've visited a McDonald's renovated since 2017, you've probably noticed a series of improvements from mobile ordering and delivery to digital interactions like in-store point-of-sale kiosks that eliminate the need to order from a cashier. Machines and technology are part of McDonald's grand strategy to modernize its restaurants and streamline and improve the customer experience to include easier purchasing and increased menu options, including expanded breakfast and plant-based meat products.

The results speak for themselves. U.S. comps grew 5.7% in Q2 2019, the largest jump since the launch of all-day breakfast in 2015. In McDonald's third quarter of this year, U.S. comps only grew at 4.8% versus the 5.2% that was expected. That miss, along with a miss on revenue and earnings, has contributed to the stock's recent pullback. On the positive side, McDonald's is growing very well globally. Overall comps were 5.9% in Q3.

Adding stocks to a portfolio can be risky without a foundation predicated on industry-leading companies with solid management that drive economic growth. Gaining exposure to a dominant growth stock like Adobe without the risks of a small-cap tech stock opens the opportunity for stock appreciation while keeping a pin in volatility. Disney gives you access to one of the most legendary entertainment stocks of all time, and soon, the streaming market as well with Disney+. McDonald's is a value/growth hybrid thanks to its track record of market-beating performance and recent incorporation of its Velocity Growth Plan.

Together, they help you lay your portfolio's foundation, brick by brick.