Expectations were muted going into eBay's (NASDAQ:EBAY) third-quarter earnings report on Thursday. The ongoing drama of activist investors agitating for change was the backdrop for the sudden announcement that CEO Devin Wenig is stepping down. The catalyst was reportedly a disagreement over whether to sell eBay's Classifieds business and StubHub.

eBay's financial results were mixed. The tech company reported revenue of $2.649 billion, near the midpoint of its forecasted range but flat compared with the prior-year quarter. Adjusted earnings per share (EPS) of $0.67, was the high point -- up more than 19% year over year, surpassing the high end of management's guidance. Analysts' consensus estimates had been calling for adjusted EPS of $0.64 on revenue of $2.64 billion.

Let's look at four of the biggest takeaways from eBay's quarter and what they reveal about the future of the company. 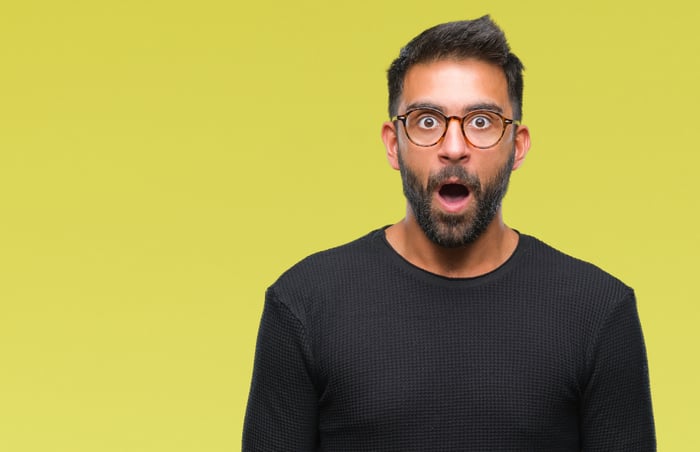 There are several troubling trends in eBay's results that investors should be watching. In the U.S., eBay's biggest market, gross merchandise volume (GMV) -- which measures the dollar value of the total transactions conducted on eBay's platform -- has continued to slip. Year-over-year growth has declined, falling 1%, 6%, 5%, and 6%, respectively, in each of the previous four quarters. GMV was down 4% overall in the third quarter, or down 2% excluding the impact of headwinds from foreign currency exchange rates.

2. eBay's profits are growing (but with an asterisk)

eBay's EPS soared 19% year over year, and while that might seem like cause to celebrate, the devil's in the details. The company reported net income from continuing operations grew to $563 million, up just 2% year over year. So what's causing the 17% difference? In a word: buybacks.

The company has been buying back shares hand over fist, repurchasing $1 billion of its stock in the third quarter alone, retiring 25 million shares. eBay began buying back shares in earnest about five years ago, and since then, its share count has fallen by more than 30%. While returning capital to shareholders is laudable, it shouldn't be used as a substitute for growth.

The e-commerce pioneer provided uninspiring guidance for the upcoming holiday quarter -- which should be among its busiest of the year. eBay forecast revenue in a range of $2.77 billion to $2.82 billion, which would represent a decline of between 2% and 4% compared to the prior-year quarter, which doesn't exactly inspire confidence. Excluding the expected impact of foreign currency exchange rates, the results will be flat year over year.

eBay is also guiding for adjusted EPS of between $0.73 and $0.76, which would result of growth in between 3% and 8%, slightly better than its top-line guidance but still somewhat weak for what should be its biggest selling season of the year.

4. eBay has a dubious strategy

What this quarter illustrates is a business that has no clear path to growth and is content to sell off some of its most prized assets, namely StubHub and eBay Classifieds.

This isn't the first time eBay has caved to activist investors and sold off the most valuable parts of its business. The spinoff of PayPal (NASDAQ:PYPL) was the result of a similar situation when hedge fund investor Carl Icahn called for eBay to divest PayPal. It eventually did so, sacrificing one of its most valuable businesses. In the four years since the companies split, PayPal stock has more than tripled. eBay is up just 35% -- even trailing the S&P 500, which is up more than 45%.

A similar questionable sale occurred three years ago when eBay sold its 18% stake in MercadoLibre (NASDAQ:MELI), the Latin American e-commerce and payments leader. At the time, eBay pocketed $1.37 billion, but as I previously pointed out, eBay made an expensive mistake in selling off the quickly growing business. At MercadoLibre's current share price, eBay's stake would be worth $4.5 billion -- meaning eBay left more than $3 billion on the table.

This begs the question: What will eBay sell when there's nothing left?