It hasn't been a great year for pharma companies. The industry, as measured by the SPDR S&P Pharmaceuticals Index, is up less than 1.5% since the beginning of the year, a period during which the S&P has gained about 18%. And some big players have had it far worse. Case in point: AbbVie (NYSE:ABBV) stock is down by 13% year to date, while Eli Lilly (NYSE:LLY) shares are down by 7%.

Both have faced company-specific obstacles, but despite their recently lackluster performances, there are good reasons to think these pharma giants could stage amazing comebacks.

AbbVie has become practically synonymous with Humira, and with good reason. The drugmaker's best-selling treatment has generated a majority of its revenues in recent years. Last year, for example, sales of Humira came in at $13.6 billion -- 63.5% of AbbVie's adjusted net revenues. However, the U.S. patent on the biologic expired in 2016, and low-cost biosimilars were introduced in Europe late last year, which means that its international sales are destined to decline. Further, while Humira will continue to dominate the U.S. immunology market in the near future, biosimilars will likely be introduced domestically by 2023. 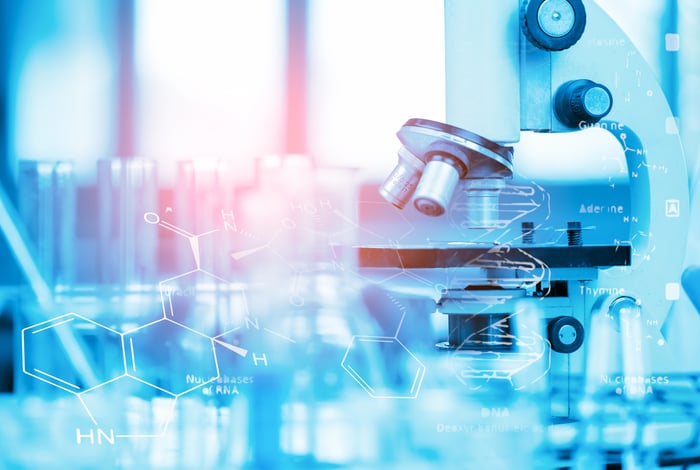 With that said, there are still good reasons why AbbVie deserves to be on your watch list. Let's consider three of them.

Pinning its hopes to the Loxo acquisition

Eli Lilly, too, is best known for its top-selling drug -- in its case, Trulicity. The GLP1 agonist continues to perform relatively well. During the third quarter, sales of Trulicity were $1.011 billion, 24% higher than in last year's third quarter. However, whether (and to what extent) Eli Lilly will be able to keep counting on Trulicity for strong top-line growth isn't clear. With the company fighting for market share with competitor Novo Nordisk, sales of Trulicity may not continue on the same upward trajectory for long. Further, Taltz -- a key member of Eli Lilly's immunology lineup -- is also facing strong competition. During Q3, sales of Taltz were $340 million. Although that represented a 29% year-over-year growth, it was below analysts' consensus estimate.

Fortunately, Eli Lilly has a strategy to counter those headwinds. Earlier this year, it acquired drug-maker Loxo Oncology for $8 billion in cash. Although it paid a significant premium, the purchase will help the pharma company expand its footprint in the oncology market. In particular, it gained access to Vitrakvi, a specialized treatment for certain types of tumors.

Why is this medicine a big deal? According to the FDA:

Vitrakvi received an accelerated approval, which enables the FDA to approve drugs for serious conditions to fill an unmet medical need using clinical trial data that is thought to predict a clinical benefit to patients.

Vitravki is unlike most competing medicines, which target tumors based on where they originated in the body. Instead, Vitravki focuses on cancers that share a specific genetic feature.